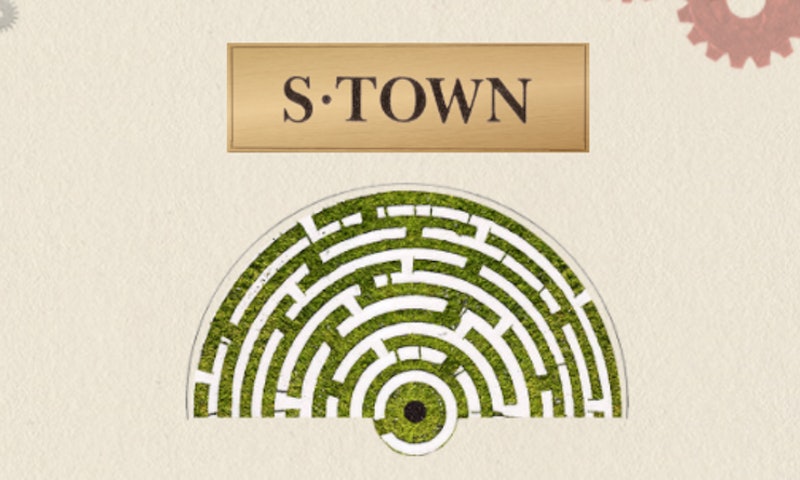 So you've cruised through all seven episodes of S-Town and are still left with more questions than answers, huh? I feel you. And while there are a lot of questions that I can't answer for you, there are some I can -- like what John B. McLemore's hedge maze looks like today. The good news is that I can shed some light on some of the physical evidence of his life that this enigma left behind. The bad news is that you're not gonna like it. Just as host Brian Reed feared, the hedge maze that McLemore so meticulously planted and maintained on his Woodstock, Alabama property has reportedly fallen into disrepair since his death in June 2015.

McLemore's friend and mentee, Tyler Goodson, had posted photos of the maze early in its creation, with the hedges forming its paths mere inches above the ground. Reed described them during his visit as hip-height, but McLemore envisioned them growing so high that they were taller than anyone who might walk one of the maze's 64 possible solutions, thus making it possible to truly get lost inside.

Sadly, after his death, the property was purchased by Kendall Burt, father of the young man accused of the supposed murder that Reed initially came to Woodstock to investigate. (Reed revealed, in the second episode, that the murder had not been committed.) While he admired the initiative behind the undertaking, Burt acknowledged in Chapter VII of the podcast that he was unlikely to be able to maintain the maze himself.

Indeed, judging by the alleged photo posted by a Redditor who claims to work security on the property for the new owner, maintenance has not been a priority and the maze has clearly suffered. The image shows that, while parts of the hedge are still green and healthy-looking, it's gone patchy with yellowing and decay. Weeds are cropping up on the paths themselves, and it all combines to form a picture of a labor of love that's no longer getting either labor or love.

This was John McLemore's passion project, and like so much of what he left behind, there's no one with the time, energy, or enthusiasm to pick up where he left off. One of the wonderful things about the eccentric clock-repairer was his willingness to throw himself behind projects without a clear utility. He found value in the process of things, and their aesthetics.

Seeing the alleged state of John McLemore's hedge maze now is just another heartbreaking reminder of the one-of-a-kind genius that we lost with his passing.