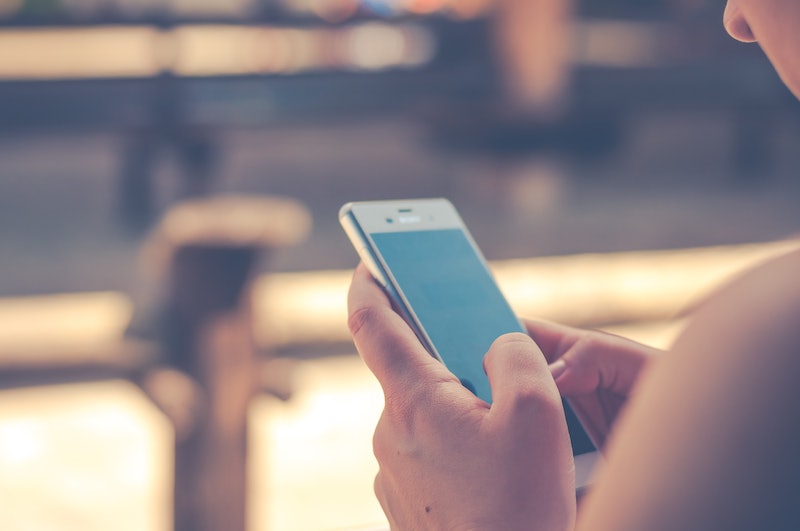 Phrases like “what your Facebook status says about you” have become commonplace on websites and in magazines alike — but it turns out that there actually are four different Facebook personality types, according to science. What’s more, which one you are depends on how you tend to use the social network. A new study conducted by researchers at Brigham Young University and published in the International Journal of Virtual Communities and Social Networking teased out each of these different personality types based on patterns of behavior found in a sample of Facebook users, and, well… it’s pretty accurate. I’m willing to bet you’ll be able to see yourself quite clearly in one of the four types; our social media habits do reveal rather a lot about us if you look closely.

A lot has been written theorizing about what certain aspects of our social media usage reveal about us; some think that how frequently you post matters the most, while others argue that what you post carries more weight. And, indeed, some studies have found some interesting correlation with certain personality traits and the subject matter of posts — like, for example, one from 2016 which found that people who post about fitness on social media are more likely to be narcissists. (Sorry, #fitspiration crowd.)

Still, though — not a lot of actual research has been conducted about the different ways people use Facebook in terms of their own distinct personalities. That’s what the current study aimed to do, though, and the results are fascinating.

For the study, researchers asked 47 participants between the ages of 18 and 32 to respond to 48 survey questions about how they felt about Facebook. The participants rated each item, which included statements like, “Facebook is a source of stress, and it depresses me” and “Facebook is an instant way to ask for help or something I need from people,” on a scale of “most like me” to “least like me.” Afterwards, the researchers interviewed the participants to gather additional data.

I know, I know — 47 participants isn’t a lot, and typically, a sample size that small would mean we’d want to be careful of using it to make any sweeping generalizations about the public at large. However, Quartz notes that according to the researchers, the fact that they used Q methodology should waylay those concerns somewhat. In Q methodology, the variables used for the factor analysis aren’t traits; they’re individuals. Additionally, it uses both the “qualitative judgments of the researcher” and “quantitative options of analysis,” according to evaluation practice and theory resource Better Evaluation — which means it can be “very helpful in unearthing perspectives without requiring participants to articulate these clearly themselves.” For these reasons, the researchers believe, the sample size is big enough to allow actual patterns in behavior to emerge.

And, indeed, they do seem to have done just that. According to the data analysis, people tend to fall under one of four different “Facebook personalities,” depending on how they use the site. Here they are:

If you use Facebook as a way to nurture your IRL relationships, you might be a Relationship Builder. As lead author Tom Robinson put it in a press release, “[Relationship Builders] use it as an extension of their real life, with their family and real-life friends.” They’re the social butterflies of Facebook: They tend to post a lot, as well as view a lot of pictures and videos; they also like and comment on other peoples’ posts frequently and chat regularly using Messenger. They identify strongly with statements like, “Facebook helps me to express love to my family and lets my family express love to me.”

As you might expect, Selfies post a lot of selfies. They also post a lot of videos and text updates, though, because their main focus is getting likes and comments by whatever means necessary. At 11 people, the Selfies were the biggest group identified by the study, but I’d argue that this fact isn’t surprising given the demographic of participants — people in the 18-to-32 range are largely considered digitally native.

As Quartz put it, “Their ways have spawned a thousand essays on the problem with social media, and contributed to the myth of the narcissistic Millennial” — but there’s value in this kind of Facebook personality, too: A number of studies have discovered that taking photos and posting on social media can help you remember life experiences better. One Selfie from the study even hit this proverbial nail on the head by describing Facebook as “a good way of documenting my own life, not just for other people, but for me.”

If you identify strongly with statements like, “The more ‘like’ notification alarms I receive, the more I feel approved by my peers,” you might just be a Selfie yourself.

Town Criers don’t really use Facebook to share details about their personal lives, but they do use it to share information and make announcements. If you neglect your personal page, but post a lot of news articles, you might be a Town Crier — a “cyber version of what was once an official who made public announcements in a community,” as the study puts it.

I suspect I might be a Town Crier; according to HelloGiggles, one of the study’s Town Criers said that she doesn’t talk to her family on Facebook because “they are more important than that,” and, well… same.

Then again, I might also display characteristics consistent with the final personality type:

Only two participants were Window Shoppers, so these folks seem to be pretty rare; they’re just on Facebook to keep an eye on what other people are doing. Study co-author Clark Callahan described it in a press release as “the social media equivalent of people watching.” If you identify strongly with statements like, “I can freely look at the Facebook profile of someone I have a crush on and know their interests and relationship status,” you might be a Window Shopper — although TBH, isn’t that most of us?

Despite the many different personality types out there,however, what is clear is that Facebook is kind of like a Reese’s Peanut Butter Cup: There’s no wrong way to use it. Whatever you feel helps you get the most out of it is the right way for you, so, y’know… just keep on keepin’ on.

Now if you’ll excuse me, I have some Window Shopping to do.