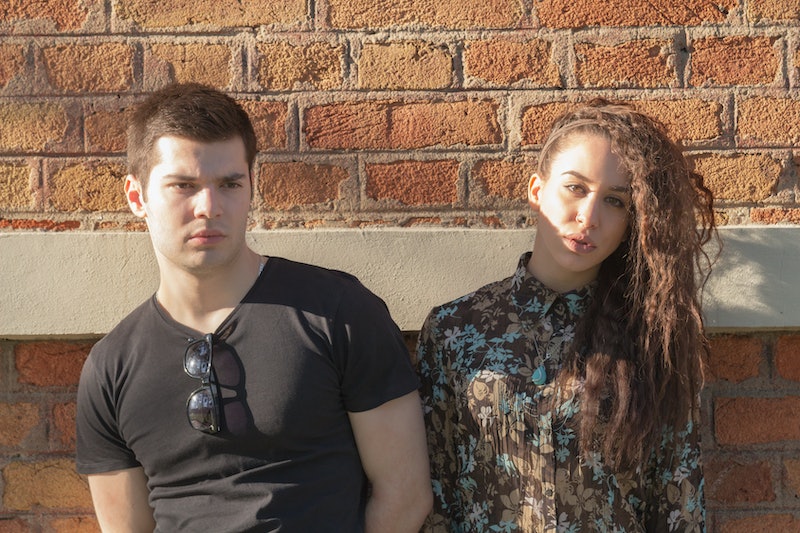 The first Monday in January is dubbed 'Divorce Day' — which is maybe the saddest holiday in all the land — by the lawyers at Slater and Gordon, a major law firm in the UK. Due to the rise in requests around that day, they decided to look at what was actually causing the divorces. And if you're guessing infidelity was the most common reason for divorce, think again. The survey of 2,000 adults about the relationship tensions that led to divorce revealed that money was the most popular reason.

"Communication about money can be difficult for couples," Relationship Specialist Jen Elmquist, MA, LMFT, and author of Relationship Reset: Secrets from a Couples Therapist That Will Revolutionize Your Love for a Lifetimetells Bustle. "Money and sex are two of the most uncomfortable topics for couples to discuss openly. For a variety of reasons partners may feel like it is taboo to talk about money, including: It invades their privacy, they feel embarrassed, they feel out of control, they don't feel educated enough, or they don't think there is a reason to talk about it. However, just like talking about your sexual health and history is critical for each partner, so is talking about your financial health and history." As much as it may feel like an awkward topic to talk about, it's so important that you're able to discuss money with your partner.

"Without these conversations, assumptions are made, damaging secrets can be kept, and the freedom of being known and accepted is impossible to achieve," Elmquist says. "Betrayal from financial mismanagement can be traumatizing and have a similar effect on a relationship as infidelity. Recovering often requires the support of a couples therapist and a financial planner to make sure that, going forward, there is some accountability."

There are number of ways money can be a source of a relationship stress — but it wasn't the only marital issue Slater and Gordon found. Here were the top 10 issues pushing couples toward splitsville.