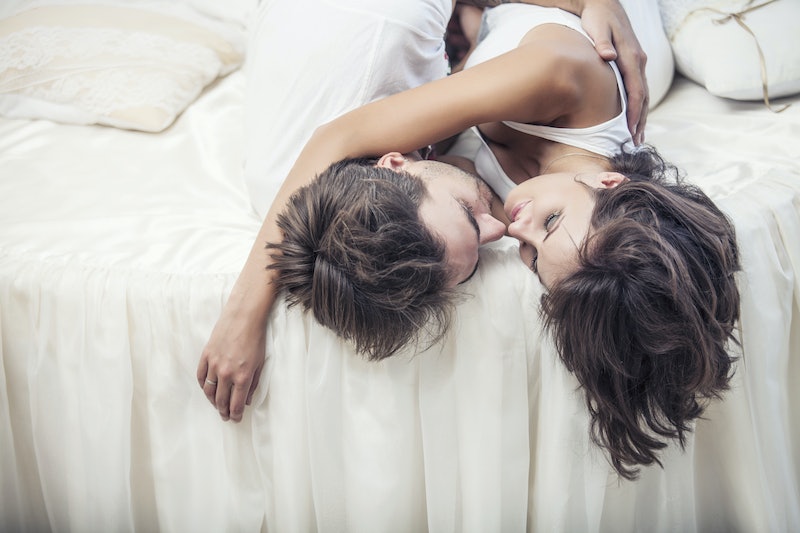 For creatures who think about sex pretty much all day every day, we human beings don't spend that much time thinking about our sexual health. Most of this can be blamed, I believe, on how little we were taught about sex when we were kids (not counting the silly sex myths that make us laugh now, of course). As adults, this lack of knowledge generally has worse consequences for women than it does for men, as women are more likely than men to suffer from long-term complications from undiagnosed and untreated STDs, such as infertility. Part of that has to do with the fact that our physical makeup makes us more susceptible to STDs — but it also has to do with the fact that most of us simply never really learned about how to look after our sexual health.

It's not too late to rectify this, though — and doing so doesn't have to be a tedious, time-consuming process. We can start small, by learning the simple things we can do on a daily basis to protect ourselves from STDs, unwanted pregnancy, and other similar problems. So let's start at the absolute beginning. If you'll only do one thing for your sexual health every day, do this: practice safe sex.

Bustle spoke with Emily Morse, sex expert and host of sex and relationship advice podcast "Sex with Emily," who says, "If you know that sex is going to happen, might as well be prepared for it." Below, she shares her recommendations for ensuring that safe sex isn't an elusive concept that we feel like we don't have a full grasp on.

Here are five tips for practicing safe sex on a daily basis.

1. Keep Up With Your Birth Control Every Day

It's basically impossible to practice safe sex if you're taking birth control but not taking it properly. Almost 26 percent of American women using contraception are on the pill, which is only a reliable form of birth control if you're actually taking the pill every single day. So do whatever you have to do to achieve this — set reminders on your phone if you have to, and have your partner do the same, too.

Morse says, "Being careless with oral contraceptives is responsible for [many] unplanned pregnancies." If you've accidentally skipped your pill a couple days in a row, your ovaries get confused and they might release an egg. In that case, don't take the chance of having sex without any extra protection, like a condom. If you have any specific questions about your birth control, Morse urges you to speak with your OBGYN, who you should be seeing on a regular basis to keep up with your sexual health anyway.

2. Be Prepared For Sex (Even If You're Not Expecting It)

Just because you're not having sex on the regular right now doesn't mean you can't get revved up for whatever sexual escapades are eventually coming your way. It's better to be well equipped, rather than find yourself caught short in a compromising situation — no one wants to find themselves on the road to an unexpected but exciting sexual encounter, only to realize that they don't have any protection on hand. "Avoid putting yourself through the stress of a possibly unpleasant situation by always being prepared," Morse recommends. That could mean you have a stack of condoms tucked away in your makeup bag, ready to use at any time. It might mean you have dental dams stocked in your nightstand drawer.

No matter what anyone says, don't be ashamed of carrying protection with you at all times. "Just know that if a woman leaves her house carrying condoms, it does not mean that she is looking to score and is therefore 'easy'— it means she is smart and responsible, and taking her sexual health into her own hand," Morse says.

3. Find Which Condoms You Like And Stock Up On Them

This should go without saying, but correctly using condoms does much more for you than just prevent pregnancy. They're the only form of birth control that also protects you from sexually transmitted diseases (STDs), including gonorrhea, chlamydia, herpes, and HIV. Remember that symptoms don't always give away the presence of an STD — you might have one without even knowing it. For example, one in every four Americans have genital herpes and it's estimated that 90 percent of them don't even know they have it.

All that is to say, if you have heterosexual sex, you've gotta use condoms. Instead of waiting until you're mid-makeout sesh to decide which ones to use, though, have some handy that you know you like using. That way, you won't be tempted to toss it off while you're having sex due to unforeseen discomfort. If you don't like the latex variety, Morse encourages you to give SKYN condoms a try. "They’re made of polyisoprene, not latex, and have a softer, more natural feel," she says.

4. Explore Your Own Vagina

Morse insists that sexual satisfaction is a part of sexual health. And the first step to being able to consistently find pleasure in your sexual experiences is to getting to know your own body. Get familiar with your vag. Know what you like and what you don't. And there's an added bonus: being confident in what you like in bed before you get busy with your partner gives you more room to think consciously about protection.

Also, knowing what your vag looks and feels like on a normal day will help you know when something is wrong down there, and when it's time to visit your doctor.

5. Educate Yourself About Sexual Health

Fight back by arming yourself with knowledge about sexual health. You don't have to whip out encyclopedias and medical texts to do that — you can browse through an article or two a day online that teaches you something new you never learned about in sex ed class. And always remember that there's never a sexual health question too dumb for your doctor. So ask away.