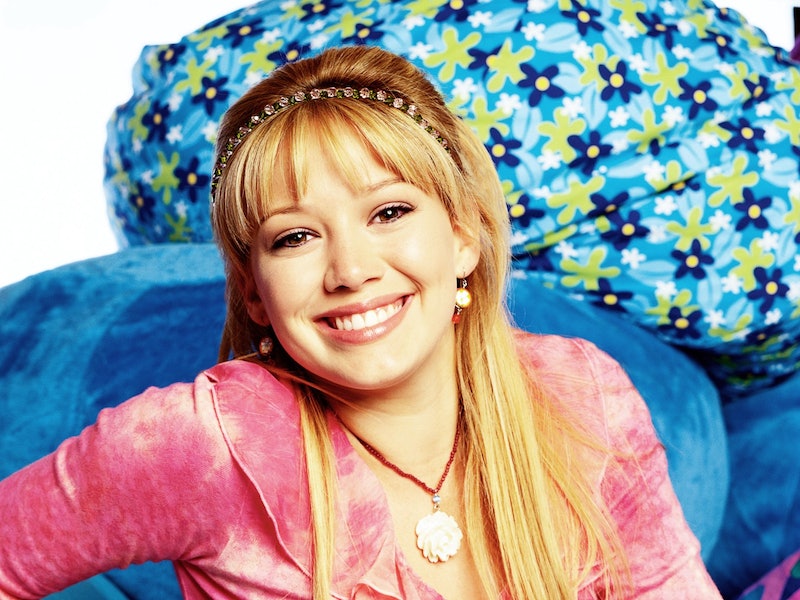 Cue the Atomic Kitten, because Feb. 14 marks the 15th anniversary of the Disney Channel show Lizzie McGuire. Like many girls in the early 2000s, I was obsessed with the series. But rather than sitting in front of my TV every Saturday morning, I viewed the episodes out of order on VHS tapes, because I grew up in cable-less Papua New Guinea. Living in the South Pacific nation, I watched TV through the VHS collections shipped over from America — my birth country — in crates, which always took months to arrive. As such, my pop culture knowledge of the States had large gaps, to say the least. But I still watched Lizzie McGuire, a show that taught me so much about American culture during those tumultuous pre-teen years.

In the time until I graduated from high school, I lived on a missionary center in PNG and attended an international school; my family only returned to the States every few years to visit relatives. Needless to say, my entertainment options were sparse. They mostly consisted of Biblical reenactments, inspirational films based on true stories, and the CBC's Anne of Green Gables (bless). Yet Lizzie McGuire somehow made it into the mix. I can't remember when exactly I discovered the series, but as soon as I saw my first episode, I was hooked. By seventh grade, when my family returned to the States for a short furlough, I was fully obsessed with Lizzie (Hilary Duff), Miranda (Lalaine), and Gordo (Adam Lamberg).

Although I never attended middle school in the U.S., the lessons in Lizzie McGuire felt so relatable, regardless. Lizzie dreamed of being a singer, but was too scared to perform in public (yup), was in love with a guy who was too dumb to notice her (hi, me), and had a little brother wouldn't stop terrorizing her (OK, so I was the one driving my older brother crazy, but still). Obviously, due to our disparate backgrounds, Lizzie and her friends didn't have all the exact same concerns I did, but still, there was so much I could connect with. Anxiety over Picture Day, stress over an upcoming test, embarrassment over buying one's first bra — it all felt so real, despite our differences.

Growing up, American kids terrified me and my friends. We considered them shallow, since whenever we returned to the States, we often fielded ignorant questions about riding kangaroos to school and sleeping in grass huts. In fact, I thought American girls all had "Valley Girl" accents, and I loved imitating them for laughs. But since the characters in Lizzie attended public school, I got to see what life was really like for American kids my age (well, at least the TV versions) and learned, to my surprise, that they weren't so different from me after all.

I certainly wasn't the only person who deeply connected with the Disney Channel show. "It wasn't like people aspired to be Lizzie — people were Lizzie," one of the series' writers, Nina Bargiel, told MTV News in 2018. "So you wanted real, actual feelings and real, actual friendship moments and conflicts ... [F]or me, middle school was one of the most embarrassing moments of my life. So it's like, as opposed to therapy, they paid me to write Lizzie."

Unlike the main characters of some other popular teen shows at the time, Lizzie McGuire was not a head cheerleader, or a star student. Yet she was loyal, kind, and sweetly self-deprecating. "No matter what [Lizzie] did, she ended up back where she started," Bargiel told MTV News. "But the thing is, where she started was great. Like, she had really good friends who really cared about her, so who gives a sh*t about being popular?"

Lizzie had two best friends, a stable home life, and was — at the end of the day — happy. And isn't that the American dream?

Although it only aired on TV for a few years, Lizzie McGuire seemingly influenced many other teen-centric shows to come, from That's So Raven to Phil of the Future to Kim Possible. I would even argue that later shows like Broad City and Awkward. both took a page from Lizzie's book, as well, as they centered around likable but flawed protagonists who end up right where they started despite their best efforts, time and time again. And now, with the success of recent shows like PEN15 and Everything Sucks! that revisit those middle school years, it's clearer than ever that millennials are nostalgic about the era, for better or for worse. Sure, some aspects of that time period were awful and sad and embarrassing — but it's still really nice to be able to relate to and laugh at those struggles through pop culture like Lizzie.

"I want kids to feel like they're less alone and less scared and there are people out there [like them]," Bargiel told MTV News in the same article. "Because honestly, we don't really grow out of [it] — we're all still going through middle school and high school."

15 years after its final episode, Lizzie McGuire still resonates so much with its fans, myself included. The show caught so many of us at the perfect point in our lives, when our mouths were filled with braces, our bodies were growing in unexpected directions, and our hormones were arriving at breakneck speeds. Lizzie, Gordo, and Miranda dealt with all of these struggles, too, and they and made it look, if not effortless, at least funny and manageable.

When I came back to the South Pacific following a trip to the States as a pre-teen, I carried a suitcase full of American secondhand clothes and about 10 VHS tapes filled with Lizzie recordings. And when I entered my international school on the first day of eighth grade, I wore Adidas sandals, a T-shirt from Ross Dress for Less, some stretchy capris, and a messenger bag. I sure wasn't going to win any Best-Dressed contests, but I still felt good. And I can think Lizzie, in large part, for making that happen.