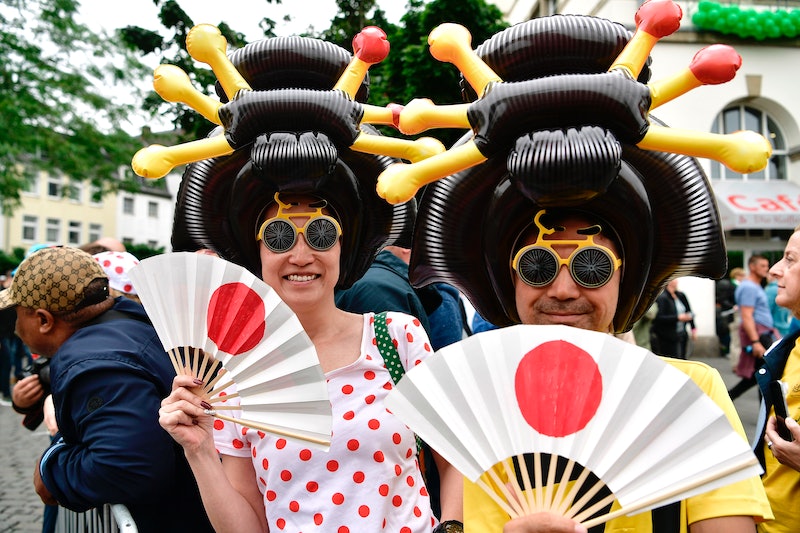 It's coming close to Halloween, the night on which the dead rise, children get sugar highs that last until Thanksgiving, and celebrities and college kids across the nation inevitably don costumes that will land them in serious hot water the day after. If you're unsure what the fuss around what makes a Halloween costume culturally appropriative is all about, this is the place to come. We've assembled some questions to ask yourself to make sure your costume doesn't appropriate anybody's culture this All Hallow's Eve, as well as some ideas of costumes to don instead.

While the debate around cultural appropriation is often played out in certain media as part of "stuffy PC culture," it's actually so much more simple than that; why deliberately cause someone offense when you could just not? Things aren't "getting more uptight," but rather, people are becoming more aware of how insensitive costume wearing can affect others, and why it isn't okay to use someone's culture play dress-up for a night. And while Halloween is meant to be a holiday of scares and thrills, it's also not frivolous to want to respect the cultures and traditions of others. The moving cultural goalposts about acceptable behavior on Halloween night aren't the death of fun: They're major progress. Here's how to adjust your costume accordingly.

More like this
How To Fight For Reproductive Rights, Based On How Much Time You Have
By Courtney Young
25 Manifestation Quotes From Lady Gaga, Oprah, & More
By Megan McCarty
5 Crystals For Luck, According To Experts
By Megan McCarty
6 Abortion Advocates To Follow On TikTok
By Sara Youngblood Gregory
Get Even More From Bustle — Sign Up For The Newsletter