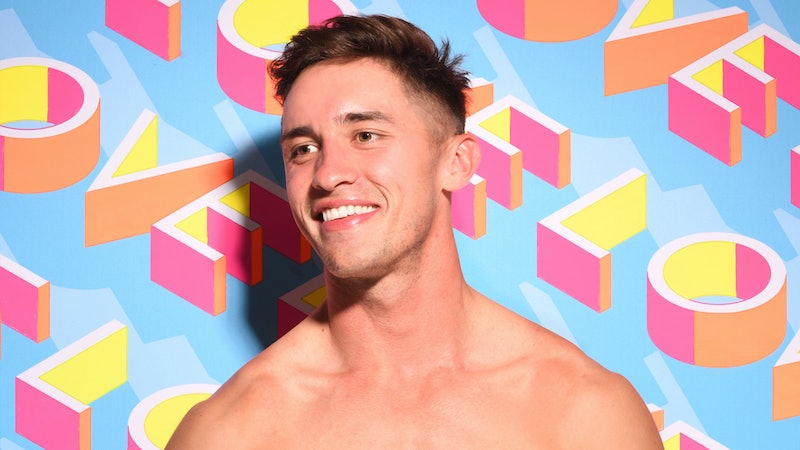 Love Island may be getting ready for its finale in a few weeks, but that hasn’t stopped producers from stirring things up a bit. On Tuesday (July 16), the villa welcomed three new contestants who turned the heads of the resident islanders, especially with a particular pro-rugby player. And while I can’t wait to see who he may couple up with, I'm very intrigued about his career in sports. So, what rugby team is Love Island’s Greg O’Shea on?

Well, a quick glimpse at his Insta will tell you that he is an Irish native and plays for the Ireland national rugby seven team. Previously training under the Munster Academy in 2013, he represented them "for two years on their Under-18 and Under-20 teams,” as the Express reports.

O’Shea has come pretty far since his training days, as before heading into the villa he recently competed in Hong Kong for the World Series in April. Here, the Ireland Men’s Sevens team qualified for the 2020 World Rugby Sevens Series, as the Irish Times writes.

That in itself is a considerable achievement, but for O’Shea, it’s a long-time coming after he damaged his Achilles tendon while on holiday in New York in 2015. “The year after that accident was mentally very tough and I can’t thank Munster enough for giving me that extra year,” the player told the Irish Times. “It could have easily been like putting down a horse, ‘your leg is gone’. But they gave me another year. Now look, I’m in the Sevens team and the world is our oyster.”

With that under his belt, he decided to make his way into the villa after admitting that “his career has affected his love life,” as he said during his pre-interview. “I’ve only been single for the last year,” O’Shea said. “I was with a girl for four years before that and in a relationship for five years before that. I’ve always been in relationships.” He added:

“I saw myself marrying the last girl I was with, I was saving up for a ring but she called it a day after our lives together just didn’t work out. My career means I’m away travelling a lot and she was struggling with that in the relationship. It hurt a lot and it took a lot of friends and family to pick me up after that.”

Whether he’ll find the love of his life remains to be seen, but it’s clear he’s got a lot of support back home. You see, Irish site Her got in touch with the IRFU (Irish Rugby Football Union) who are super proud of the player. “Greg is a popular member of the Ireland Men’s 7 squad that has just completed a very successful season,” a spokesperson said.

“When he advised us he was going on the show we simply told him to enjoy his time in the villa and we would see him for pre-season training ahead of next season’s World Rugby Sevens World Series, which kicks off in Dubai in November.”

So, whether O’Shea ends up winning Love Island or ends up leaving the villa a little earlier than planned, he's going to have a lot of opportunities available to him when he returns home.