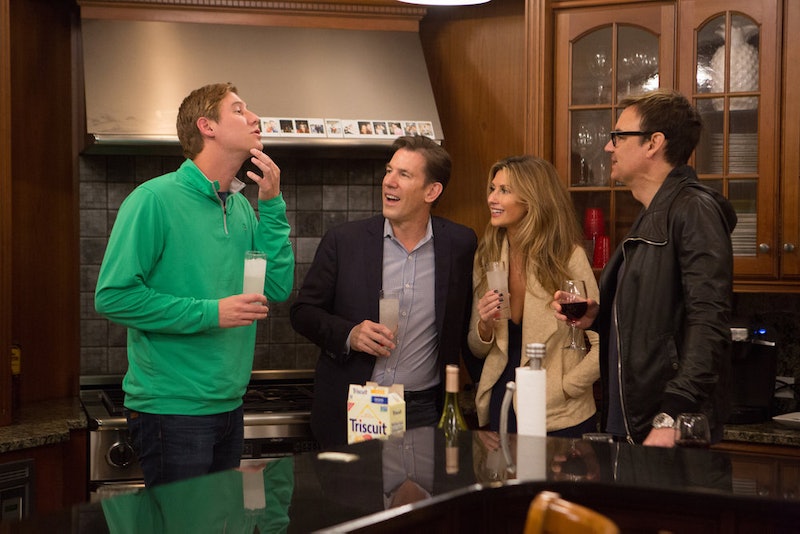 Ashley came to Charleston like a bat out of hell — she met Thomas Ravenel (he has a bridge named after his family, so he doesn’t work) in California, and they fell deeply in lust. Then, she moved to Charleston to be with him, and that’s what we’ve seen on Southern Charm so far. Judging from her edit, one would think that Ashley’s job is picking fights and telling Kathryn, the mother of Thomas’ children, that she’s unfit, but no — Ashley has a real job in Charleston. She’s actually a nurse!

Ashley has mentioned her prior nursing experience on the show, and Instagram posts from before she moved to Charleston demonstrate her dedication to her patients. According to Town & Country, Ashley got into nursing because of her father passing away when she was just 13. Ashley’s press representative, Patricia Maristch, told the outlet that Ashley wanted to become a nurse because of how kind and helpful the nurses were during her father's illness. Her first job was at Goleta Valley Cottage Hospital, Town & Country reports, and she cared for patients with traumatic brain injuries during her tenure there.

Luckily for Ashley, nursing is something you can do anywhere, and she is now a nurse in South Carolina. In an interview with Bustle earlier this year, Ashley said that the families of her patients (and her coworkers) do know that she’s on reality television, and she doesn’t want them to think less of her because of it. She also said that she was looking to change up her career way before she met Thomas. “People didn’t know that I was ready to move, not necessarily to Charleston, but I was ready to get out of California,” she told Bustle. “I was actually interviewing for a job in Las Vegas at the time when I met Thomas. I went out there and I interviewed and applied.” Ashley was ultimately a frontrunner for the job, she explained, but wasn't sure if she would then be contracted to stay in Las Vegas. Thomas wanted her to move east to see where their relationship could go, and so she ended up in Charleston and not Sin City.

Viewers have only seen a quarter of the current season of Southern Charm, and they’ve doubled down on Ashley asking for a ring from Thomas and having thousands of dollars spent on her (that’s the “here for his money” edit). But Ashley insists that because she’s a working woman now, her relationship with Thomas is way better. “I think we’re doing better now that I am working. He respects me more,” she told Bustle. “I’m independent. I’m paying my own rent. He’s... in a place where if he was to walk away… I would be OK. He knows I don’t need him. He likes that.”

Making your own money is a good thing. Making so much drama is not — it will be interesting to see how Ashley’s patients and their families take to the tidal wave of drama that’s set to come on the rest of Southern Charm Season 5. But even if the show ends, at least Ashley has a solid career to fall back on.