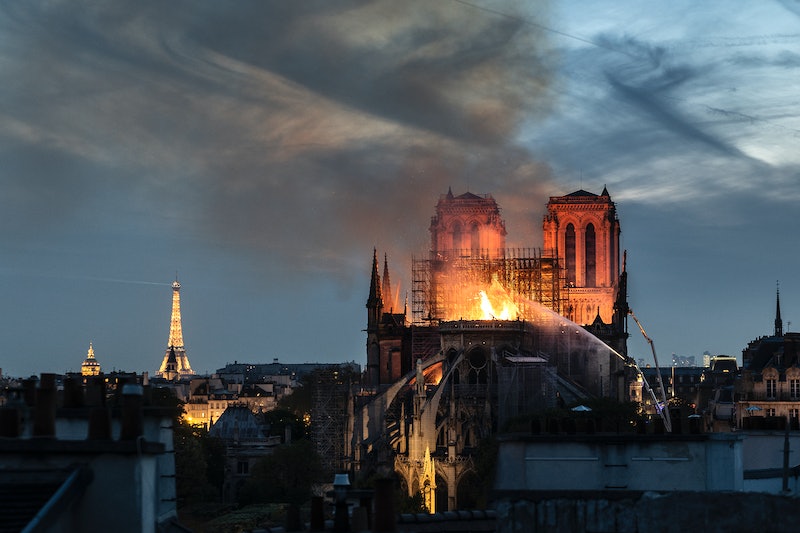 After a portion of the mighty Notre Dame Cathedral caught fire on Monday, French officials did not take long to initiate a probe into the source of the flames. On Thursday, a French judicial police official told the Associated Press that local investigators suspect an electrical short-circuit is possibly how the Notre Dame fire started.

The official spoke on condition of anonymity and told the Associated Press that efforts to search the rubble had yet to start as the authorities did not have the clearance to head inside the cathedral for safety reasons. Certain parts of the over 850-year-old church were being erected with wooden planks to provide support in the more damaged and delicate parts of the cathedral, according to the official.

On Wednesday, a French judicial authority told CNN that Paris prosecutors had questioned some 40 Notre Dame Cathedral employees about the Monday fire. According to the official, French police authorities said the fire was probably an accident but that they were not ruling out other lines of inquiry. "While the prosecutor's office does not rule out any hypothesis, we remind that at this stage, nothing in the investigations highlights a criminal origin. Accidental causes remain our privileged lead," the French prosecutor's office told CNN.

According to CNN, the Notre Dame Cathedral was being renovated at the time of the fire. Specifically, the church's 150-year-old spire caught fire and collapsed on Monday. At the time, four companies were hired to carry out the renovations, per CNN. Architectural work by two of them was ongoing where the fire began, but no workers were present at the church at the time of the incident.

Renovation work at the church, where flames raged for about nine hours, has been taking place for some time now. In 2017, for instance, the cathedral's spokesman, Andre Finot, told The New York Times that the Notre Dame Cathedral was in dire need of restorative changes, especially given the decaying architecture in certain parts of the church.

Renovation projects carry the risk to cause volatile and at times even dangerous conditions for buildings. Experts like Associate Professor Glenn Corbett, who teaches fire science at John Jay College in New York, told The New York Times on Monday that even the slightest open flame could spark intense fires. It's happened before, Corbett explained to the publication. "There's a history of churches and synagogues and other houses of worship falling victim to construction fires," he said.

As authorities attempt to understand and confirm what exactly turned parts of the massive cathedral into an inferno, people have expressed empathy for those left grief-stricken by the Notre Dame Cathedral fire.

On Wednesday, The Associated Press reported that Polish rabbis penned a letter to Polish bishops, saying, "We as Jews know what it means to see your house of worship burning," they wrote. The rabbis added that the grief felt by looking at the cathedral on fire was understandable. "These experiences have made us very sensitive," they wrote, "and aware of the pain and horror of the destruction of any house of worship."