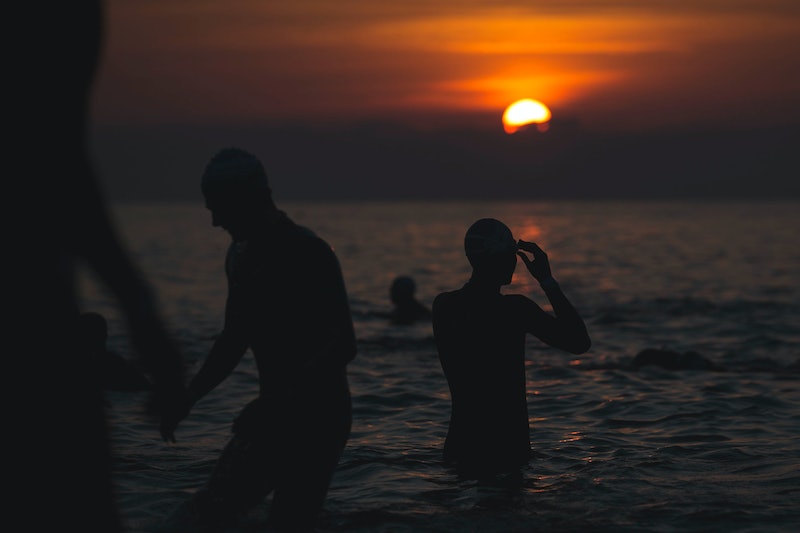 The summer solstice falls June 21, 2018 — aka the longest day of the year. Scientifically speaking, the summer solstice is when the Earth is at its highest position in the sky as seen from the North Pole — as the Earth rotates, the sun shines down longer due to its positioning. However, while the technical explanations of this seasonal event are important, you'll want to know what the summer solstice means for your sign, because with a celestial giant so close to the Earth, you better believe you're going to feel it.

Astrology is based on the concept that the movements of the cosmos around us directly influences our fundamental being and the natural events on Earth. So while the placement of the planets and stars at our time of birth might have shaped us into the people we are today, aka, given us our sign, the movement of the planets and stars continues to affect and influence us, even as we are our defined selves. So when the sun is close to the Earth, we might feel the influence of its energy, in the same way that when the sun is far form the Earth, we might feel the absence of its energy. So its no surprise that astrologists believe that the summer solstice has a huge impact on each sign.

Each year, the summer solstice kicks off Cancer season, which not only means Happy Birthday to your crabby friends, but it also means that in addition to being under the influence of the sun's close proximity, we're all going to be under the influence of Cancer, too. With the sun bringing out the masculine qualities in us, and Cancer brining out the feminine qualities in us, we're all going to undergo a bit of a balancing act. I talked to astrologist Linda Furiate about how the summer solstice will affect each sign more specifically, and here's what she predicts: