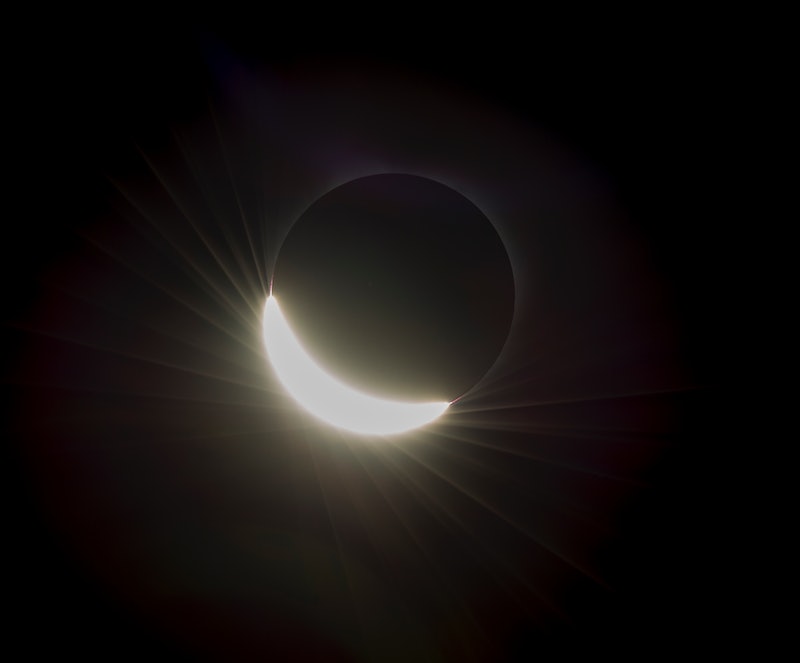 According to Dark Star Astrology, "a solar eclipse is a turbocharged New Moon." The energy of a new moon is usually about starting fresh and doing something new. But when there's an eclipse, the energy gets disrupted, and changes things up a bit. Dark Star Astrology reported, "During an eclipse, like the lucid dream, we get that same sudden feeling of hyperawareness. We could do anything! Sometimes this is so awesome that we don't know what to do, others even become afraid of their own power."

Basically, a partial solar eclipse like this one is great for figuring things out, coming to some sort of revelation, and learning balance. This is the time to get your life together, no matter what your sign is. Still, it's not exactly the same for everyone — below, you'll find out how the eclipse will affect your sign: