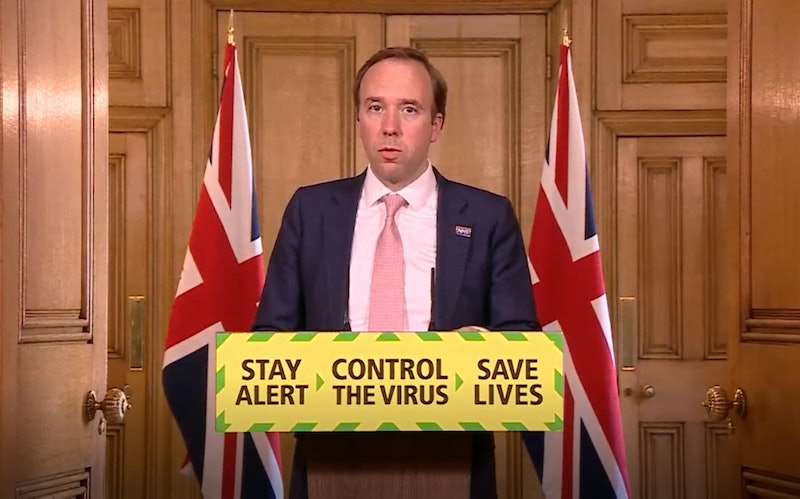 Ever since it became apparent that people from Black, Asian, & Minority Ethnic (BAME) communities were being hit harder by COVID-19, we've been waiting for the government's report on why this is, and what will be done about it. The 'Disparities In The Risk & Outcomes Of COVID-19' report has now been released after unexplained delays and now it's here, it seems to lack the crucial information we were hoping for.

Earlier this year, it came to light that NHS staff from BAME backgrounds were dying disproportionally. In fact, the first 10 doctors to die from the virus were all from BAME backgrounds. In early May, the UK’s Office for National Statistics (ONS) reported that Black men are 4.2 times more likely to die from coronavirus than their white counterparts and Black women are 4.3 times more likely.

These revelations rightly resulted in a call to action, with people demanding to know why this disproportionality existed and what the government was going to do about it.

This led to Health Secretary Matt Hancock announcing a formal review would be coming, and would arrive by the end of May. He said: “We recognise that there has been a disproportionately high number of people from Black and ethnic minority backgrounds who have passed away, especially among care workers and those in the NHS.”

But, as many will be aware, the end of May came and went, and there was still no sign of the report. The review was due to be published on May 29, but was initially put on hold until yesterday (June 2. Then we were told the publish date would be being pushed further even further down the line. However, as a result of pressure from MPs such as Marsha Cordova, as well as concerned individuals in the UK, the government decided to drop the report unannounced on June 2.

Why was there a delay?

Sources told Sky News that the report was held due to "worries” around “global events” and the "close proximity to the current situation in America". This week has seen protests breaking out in the U.S. as well as the UK and the rest of the world in response to the killings of George Floyd and police brutality.

A government spokesperson has since denied this was the reason, stating: "Ministers received initial findings today [June 1]. They are being rapidly considered and a report will be published this week. It is not true to say this has been delayed due to global events."

What does the report reveal?

The findings confirmed that people from ethnic minorities are at a higher risk of dying from coronavirus. It revealed that virus death rates are highest among people of Black and Asian ethnic groups when compared to white British ethnicity. It also explained that people of Chinese, Indian, Pakistani, or other Asian ethnicity, as well as people of Caribbean and other Black ethnicity, had between a 10% and 50% higher risk of death when compared to white British people.

Other top line finds include the fact that the risk of dying from coronavirus is higher among those living in more deprived parts of the UK, and that those with certain occupations (including social care staff, taxi or bus drivers, security guards and construction workers) are at higher risk from COVID-19.

You can read the full report, which also looks at factors such as age, sex, geography, and pre-existing health problems, online.

Response to the report

PHE's report has been met with criticism for its vagueness and general ineffectiveness.

Many have pointed out that the report has just re-iterated what we already knew; as mentioned earlier, it was apparent fairly early on that the virus was affecting those from BAME backgrounds more severely.

The report does take into account important risk factors such as occupation, underlying health conditions, where you live, and how much you earn in its discussion about racial inequalities within COVID-19 infections and death. As a result, the data does not give us a clear picture about what is happening and why. PHE acknowledges this failing in the report, but does not offer any guidance on whether and when further action will take place to compile comprehensive data.

In response to the report, Labour leader Sir Keir Starmer tweeted "No mention of structural inequalities. No recommendations. No answers. No action."

He continued: "Coronavirus thrives on inequality. Inequality thrives on inaction. The government must act now to protect BAME communities. We must seriously tackle the racial injustices that scar our society."

Gill Walton, chief executive of the Royal College of Midwives, said the conclusions the report found were "helpful," but that "it does nothing to protect people," and that more "guidance and support" was needed so NHS workers can be protected.

The council chair of the BMA, the doctors' trade union, said that the PHE report was a "missed opportunity". "The BMA and the wider community were hoping for a clear action plan to tackle the issues, not a re-iteration of what we already know. We need practical guidance," said Dr Chaand Nagpaul.

In response, Matt Hancock said in the daily coronavirus briefing on June 2 that “much more work” was needed in order to understand “what’s driving these disparities." “We are absolutely determined to get to the bottom of this and find ways of closing this gap," he added.

Was information redacted from the report?

In addition to the above, there have also been reports that important information regarding inequalities among COVID-19 sufferers has actually been redacted from the PHE document. The Health Service Journal (HSJ) reports that it has learnt the government "removed a key section from Public Health England’s review of the relative risk of COVID-19 to specific groups."

The section was said to have been included in an initial draft of the report, and featured responses from over 1,000 organisations and individuals who supplied evidence for the review. These responses included suggestions that discrimination and a poorer quality of life played a part in the increased risk of the virus to those from BAME communities.

A source told HSJ that the section “did not survive contact with Matt Hancock’s office” over the weekend.

The publication has written that the responses however may be used in the coming weeks to inform a set of recommendations, which will be published by PHE.

A spokeswoman for the Department of Health and Social Care denied a chapter had been removed to HSJ, but didn't respond when they were asked if material detailing responses from organisations had been removed.