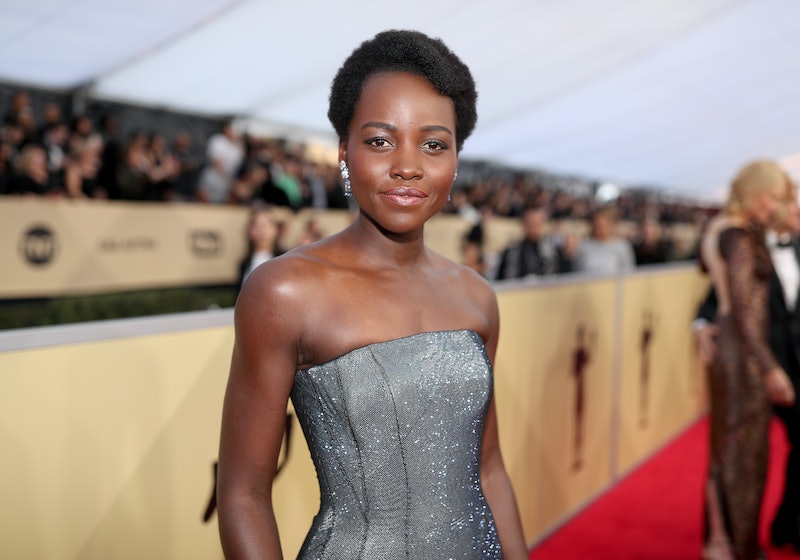 The Screen Actors Guild Awards are upon us. The ceremony is slated for Sunday, Jan. 27. The ceremony will be simulcast live on TBS and TNT at 8 p.m. ET/5 p.m. PT. While you undoubtedly want to tune in to see which stars take home awards, the 2019 SAG Awards red carpet is where the magic begins.

It's totally acceptable if you aren't all that concerned with the actual awards themselves and prefer to focus solely on the sartorial element of the SAGs. Actors and celebs will be putting their best fashion foot forward at the event while calling attention to their work. Ultimately, fans truly appreciate the visuals and artistry of the couture.

The red carpet pre-show, which is officially being hosted by PEOPLE, Entertainment Weekly, and TNT, begins at 5:30 p.m. ET/2:30 p.m. PT.

Go ahead and schedule a reminder in your smart phone so you can plop in front of the couch at 5 p.m. with some popcorn or a mug of tea. You can soak in all of the dresses, outfits, ensembles, accessories, hair and makeup at that time.

Wondering what will Lady Gaga be wearing? Will Mother Monster tone it down or turn it up? Can't wait to see Constance Wu and curious if she will wow us with another neutral and sexy gown? Same here.

There are plenty of ways in which you can tune into the red carpet fashion action and beyond. If you have cable but for some reason can't watch the red carpet pre-show coverage, you can still tune in the old fashioned way and watch the broadcast on TBS and TNT. That way, you'll see all the ensembles throughout the night.

If you don't happen to have cable, don’t despair. You have digital options — and lots of them — for watching the official and early red carpet coverage.

You can stream the red carpet show via PEOPLE TV, which is a free streaming network. You can watch via the SAG Awards site, as well. Or point and click at the TNT site, at PEOPLE, or EW. Because #choices.

Oh, and if you happen to be strolling around Manhattan, the red carpet is also being broadcast live in Times Square amidst some of the busiest foot traffic in the world.

Another thrilling yet somewhat "unofficial" way to enjoy the fashion action and see some bonus content? Oh, just your cell phone. You can and should scroll through the Twitter and Instagram feeds of your fave celebs that are nominated for or presenting at the SAGS.

That's because they often post photos while getting ready for awards shows such as this. Some hint at what they will be wearing with teaser images of their gowns or shoes. Others share shots while getting their hair and makeup did by their glam squads. You can follow the #SAGAwards2019 hashtag — or some variation of such — to catch all of the behind-the-scenes and pre-carpet fun.

If you cannot get enough of celeb glam and star style, remaining glued to Insta is certainly away to satisfy your fashion jones.

The SAG Awards red carpet will find celebs serving up all sorts of killer lewks and over-the-shoulder poses.