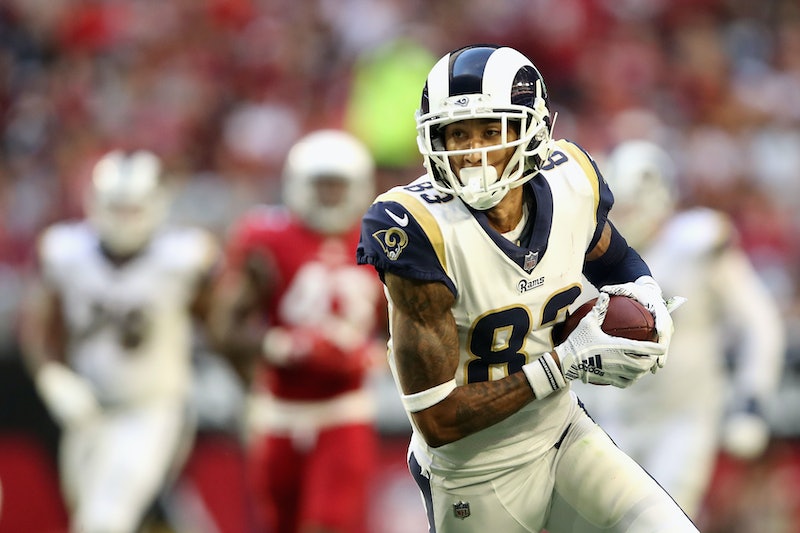 The biggest day in the NFL schedule is fast approaching, and whether you're tuning in to root for the New England Patriots or the Los Angeles Rams (or maybe just to catch the halftime show), there are a few things you need to know. Case in point: when will the 2019 Super Bowl end? How late do we all need to plan on staying up? Most importantly, how many hours' worth of snacks must be prepared?

According to CBS Sports, kickoff is scheduled for 6:30 p.m. ET on Sunday, Feb. 3, so that's when you need to be settled in front of your TV for the long road ahead. As noted in a 2017 piece from The Verge, Super Bowls in the past decade have all lasted around three hours and 45 minutes. But, as with all football games, the time varies depending on everything from timeouts to play reviews. In 2014, a pretty short 3 hours and 25 minute game took place. But a year before, in 2013? Viewers endured a significantly longer 4 hours and 15 minute broadcast.

There's no telling exactly how long the upcoming Super Bowl will last, but judging by recent years, you shouldn't plan on a game that lasts much longer than around 10:30 p.m. ET at the latest.

There's plenty to look forward to on Sunday, no matter how long it lasts. The Patriots will be up for their sixth Super Bowl win under head coach Bill Belichick, who took the position in 2000. Meanwhile, 2000 was the last time the Rams won a Super Bowl at all. It's a definite underdog situation for the Rams, and if they can pull out a win, it'll be a bit of an upset — CBS Sports reports that the latest stats favor the Patriots to win.

And even if you're not a huge football fan, there are other festivities going on during the championship, as per usual. According to Sports Illustrated, Maroon 5 will headline the Super Bowl halftime show, and rappers Travis Scott and Big Boi will join them during the performance. That's always supposed to be a bit of a spectacle in itself — especially since it's following such iconic acts of the past few years — so it'll probably be worth tuning in.

The Super Bowl ads airing during commercial breaks — perhaps the most important heroes of the entire night — will be out in full force, too. What other televised occasion offers entertainment even during breaks from the main event? You can actually check out some of the "leaked" Super Bowl commercials ahead of time on CBS Sports' website, and they're bound to give you a bit of a chuckle.

No matter why you're watching the Super Bowl, there's something for you. Even if you're not that into sports, who can turn down an opportunity to snack on tons of greasy appetizers while weeping over cute dog commercials? There's joy to be found in the occasion no matter what, and the best part is that you'll probably be in bed by 11 o'clock.