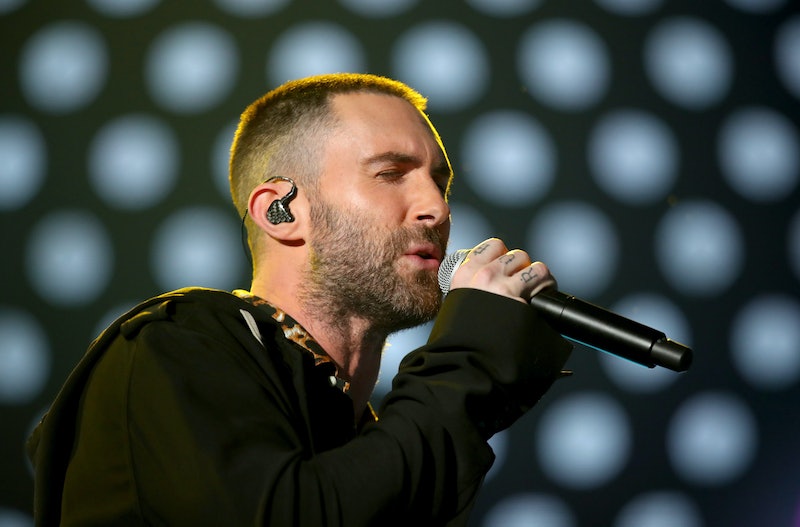 The Super Bowl halftime show is one of the night's main attractions for everyone, and particularly for those viewers who might not be all that excited about the game itself. There's a pretty star-studded lineup slated for Sunday's game, so what time is the 2019 Super Bowl halftime show? If you're not watching the entire showdown between the New England Patriots and the Los Angeles Rams, you'll need to know when to poke your head into the party to catch the music.

Obviously, the halftime show occurs at the halfway point of the game, but with a sport like football, you can never quite know how long the quarters will last. Everything from replays and penalty calls to timeouts and more can affect an NFL game's run time, so unfortunately there's really no way of knowing for sure precisely when the halftime show will begin. However, with a few handy estimates, you can figure out a ballpark time that the acts might take the stage.

The Verge reports that from 2010 through 2017, Super Bowls in their entirety ran an average of three hours and 44 minutes long. Subtract the roughly thirty minutes taken up by the halftime show and not the game, split that number in half, and with a 6:30 p.m. EST kickoff, you might expect the halftime show at around 8:07 p.m. But again, that's just a rough estimate based on some quick math — the actual gameplay of Sunday night is what will determine when the show goes on.

Some pretty huge names have performed the Super Bowl halftime show in the past — it's basically a rite of passage for any major artist. Beyonce, Lady Gaga, Coldplay, Bruce Springsteen, The Who, The Rolling Stones, Prince — the list goes on and on. This year, the Grammy-winning group Maroon 5 will headline the show along with Travis Scott and Big Boi, who will join them onstage.

The music isn't the only reason the halftime show might be a huge deal this year — some fans are pretty convinced that a giant romantic gesture could be on the horizon. Scott is famously Kylie Jenner's partner and father of her baby, Stormi, and some fans are speculating that he might pop the question during the show, according to Teen Vogue. They've been secretive about the actual status of their relationship for some time, but the rapper said marriage is on the horizon. "We’ll get married soon," he told the outlet just before Christmas. "I just gotta sturdy up — I gotta propose in a fire way.”

Proposing at the Super Bowl would definitely be a "fire way" to do it. More than 100 million people tuned in for the game in 2018 — and that was considered a year with low viewership — so Scott would certainly have a big audience.

No matter what happens, the halftime show will be one to remember. The performance is the one everyone is bound to pull out all the stops for, unleashing major theatrics, and wowing the crowd. At least, that's the hope. It's not something you'll want to miss, so keep an eye on the clock Sunday night.

More like this
Twitter Is Freaking Out Over Rihanna’s 2023 Super Bowl Halftime Show Announcement
By Stephanie Topacio Long
Everything To Know About Taylor Swift’s 10th Studio Album, 'Midnights'
By Grace Wehniainen and Jake Viswanath
Two UK Cities Are Now In The Running To Host Eurovision 2023
By Sam Ramsden and Rachel Mantock
Jason Derulo Is Launching A New Singing Show In The UK
By Maxine Harrison
Get Even More From Bustle — Sign Up For The Newsletter