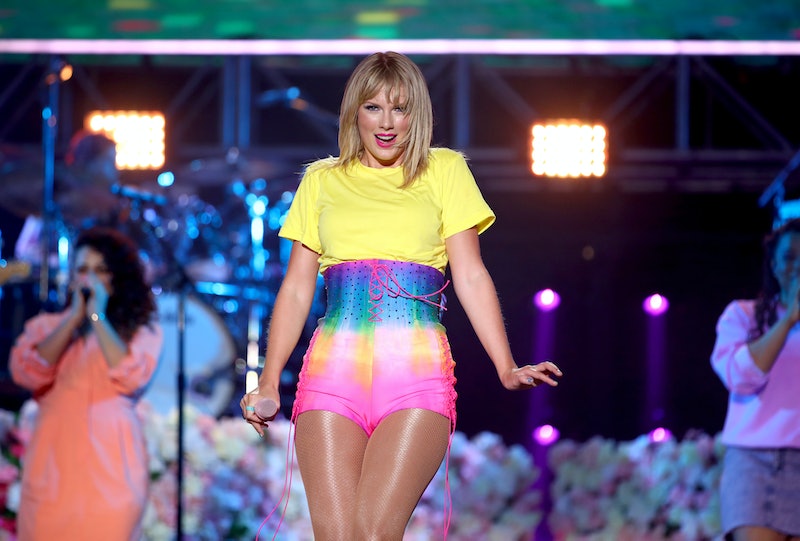 At this point, awards seasons seems to never end — which isn't necessarily a bad thing. Up next is Fox’s Teen Choice Awards and once again this year will be packed with celebrity appearances and great performances as Hollywood stars come together with fans in Hermosa Beach, CA to honor their creative accomplishments. The 2019 Teen Choice Awards will air at 8 p.m. ET on August 11, which is a fun way to cap off this weekend and find out which artists are having a big impact on the younger generation. Of course, if you want all the red carpet tea and looks, then you'll have to arrive a couple of hours earlier to your couch.

Per ET Online, this year’s ceremony will be hosted by Pretty Little Liars actress Lucy Hale and YouTube star David Dobrik. There are a ton of performers and presenters including Bazzi, Blanco Brown, CNCO, HRVY, Jordan McGraw, Sarah Hyland, and a highly anticipated performance by OneRepublic as well as expected appearances by some of the most-nominated stars like "Old Town Road" rapper Lil Nas X (who has the most noms), the Jonas Brothers, Robert Downey Jr., Grant Gustin, Jessica Alba, and Cloak & Dagger stars Olivia Holt and Aubrey Johnson.

Of course, there’s always a chance for surprise performances (looking at you Lil Nas X) and the arrival of stars like Cardi B, Ariana Grande, and Kevin Hart — who are all nominees — at this year’s big event. A major part of watching awards shows is to expect the unexpected so who knows what might go down on Sunday night? And, the 2019 Teen Choice Awards will be the first year for their Icon Award, which is unsurprisingly going to pop music superstar and many teens' beloved queen Taylor Swift.

It seems like a great time to add this important category, especially since the awards show is celebrating its 20th anniversary this year. That’s right, the Teen Choice Awards started way back in 1999 when Britney Spears, N’SYNC, Backstreet Boys, and Christina Aguilera were the big pop stars who racked up surfboard awards and wore bedazzled denim outfits on purpose.

There's no confirmation about whether there will be any special tribute to the show's history, but there's always a chance that these stars will come out to honor an awards ceremony that had a major impact on their lives. And, honestly it would be pretty awesome to see Taylor receive an award from Britney, who inspired Swift as an artist. In fact, she told MTV in 2009 that she has an unwavering devotion to Spears, so this moment would be extra special.

Who will walk the red carpet? Will Avengers: Endgame blow the competition out of the water? And, is anyone going to do a performance to honor Taylor Swift? Who will take home the coveted surfboard awards this year? Fans will have to grab their snacks and drinks and tune in on time to find out the answers and more this Sunday.