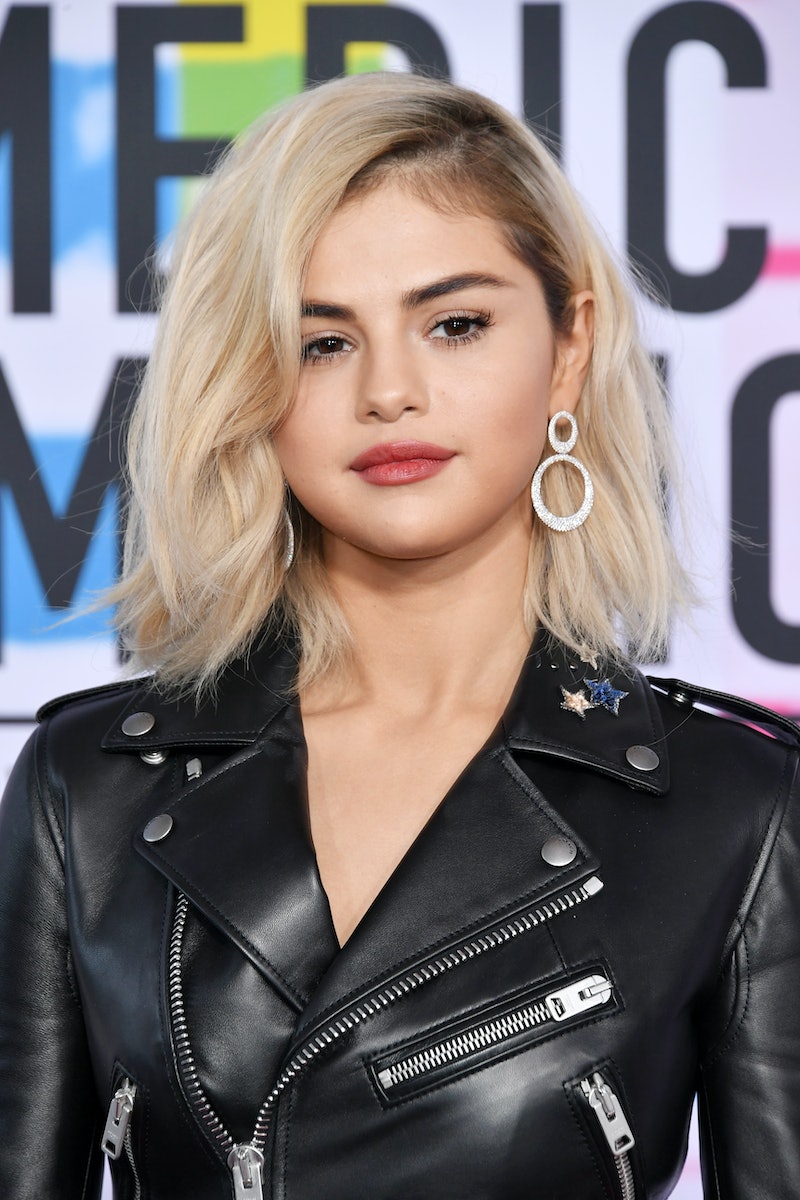 Whenever there's a chance to see the best dressed artists in music lineup on a rolled out carpet dipped in red, we're set to scoot up to the screen. Awards season is now in full swing with the American Music Awards ready to pull up in less than a week. But knowing what time the AMA's red carpret actually starts would probably help with deciding when to pour the vino and pop some kernels.

For this year's American Music Awards, fans are getting a two hour pre-show to see every fashionable look unfold before the main event on Tuesday, Oct. 9. The gag-worthy ensembles will start rolling in at 6 p.m. ET/3 p.m. PT from the Microsoft Theater in Los Angeles. On the other hand, for most watching at home, you can stream it on the the official AMAs YouTube channel.

Last year, Tracee Ellis Ross brought us all to tears of laughter, and she's bringing back yet again some more slick remarks for a second year hosting the AMA's.

In addition to witnessing the most innovative outfits of the night, there's a chance of more fashion on the main stage. So far, the AMAs website has confirmed Camila Cabello, Shawn Mendez, Zedd, Ciara, Missy Elliot, Dua Lipa, Halsey, Mariah Carey, Khalid, TwentyOne Pilots, Jennifer Lopez, Cardi B and more as performers for the show. So if you think the drop-dead diva fits will end at the red carpet, think again.

For the first time ever, YouTube Music and the American Music Awards are joining forces to make viewing the award show even more accessible to viewers and fans of the annual awards show. The video platform will be streaming both the red carpet pre-show and the main show for fashion and music lovers alike.

Artists who are nominated for an American Music Award are based on fan interactions as Billboard.com tracks and measures these interactions in data from streaming, album and digital song sales, radio airplay, social activity and touring.

The main event will not only feature performances from today's top hit makers, but there will be two tribute performances to soul sister, Aretha Franklin and Queen.

If you're in need of a special treat, Taylor Swift will be opening the show, returning to award show stage after an almost three year hiatus. She'll be performing her song, "I Did Something Bad," and with a title like that, viewers are in for another Taylor-made showstopper.

All the magical makeup and red carpet rounds will be made in only a few days, so make sure you've stocked up on enough snacks and floor pillows