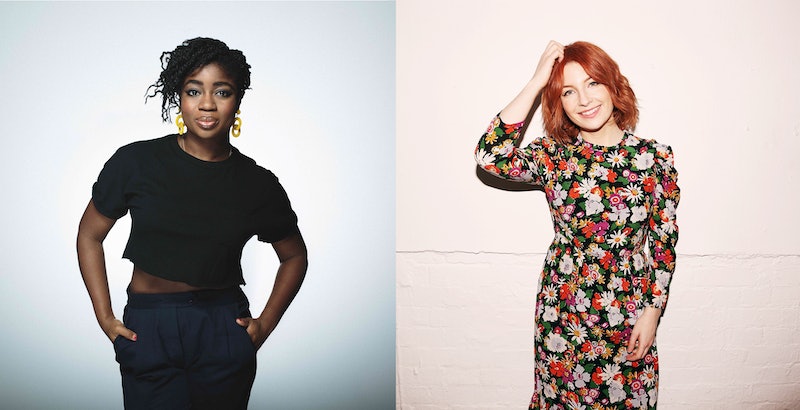 Spring isn't just for flowers, baby chicks, and slightly less blistering cold — no, it's for award ceremonies, and for watching celebrities pull out their best blue steel on the red carpet. The red carpet is an opportunity for celebs to get papped in all of their finery while doing lots of over-the-shoulder shots and, of course, getting their smize on. So what time do you have to switch on the TV (while donned in your own finery, aka apartment pants/PJs) to watch the celebs do their thing? What time is the BRITs red carpet?

OK, so, all the red carpet excitement will be taking place over on ITV2, and if you consider yourself someone who's mainly in it for the fashion, then you need to tune in from 7p.m. to 8p.m (the actual ceremony starts on ITV at 8 p.m.).

The BRITs are a chance for the UK to show off the best of its musical talent, but, real talk, what is an award ceremony without daring looks? Especially ones that can potentially become iconic pieces. Take, for example, the Union Flag dress worn by Geri Halliwell. That found its place in history back in 1997, during the Spice Girl's performance at the BRITs more than two decades ago.

During the 2010 BRITs, Lady Gaga did not disappoint on the looks front, sporting a white three-tiered dress with a massive head piece to set it off in true Gaga style. And last year, Dua Lipa gave Eve off Killing Eve a run for her money by donning a powder-pink tulle number.

Judging by the nominees, this year's lewks are going to be just as iconic as those at ceremonies past. Think Little Mix, Jess Glynn, Jorja Smith, Anne-Marie, and Florence Welch, to name just a few.

After you have got your fill of gorgeous garms, you can hop, skip, and jump over to ITV for the main event, which will be hosted for the second year in a row by comedian Jack Whitehall. Whitehall pretty much killed it last year, with his humour and hosting style leading to lots of laughter and not too much controversy.

The BRIT Awards, which have been going since 1977, have become an iconic annual event, and the pinnacle of UK music success. You can forget your Grammys, this is the UK's chance to show celebrate homegrown talent.

However, the BRIT Awards are also an opportunity for international artists to be recognised, including Pink, who this year is set to receive the Outstanding Contribution to Music Award. Plus, Australia's Hugh Jackman will be belting out tunes from his international smash hit The Greatest Showman during a live performance at the ceremony.