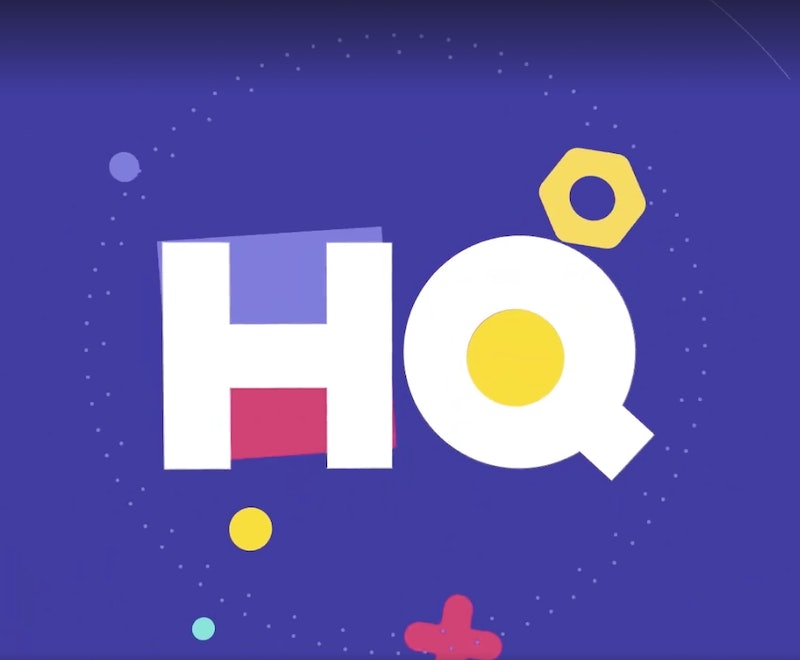 If you're a smartphone user, you're probably wondering what to study for HQ Trivia before the next round starts. No one seems to be safe from HQ Trivia, the addictive trivia app that limits users to two plays per weekday. Once a user enters a game, they compete against thousands of other players to answer the same questions in a timed round. There are multiple rounds in each session, but once you've answered incorrectly, you're knocked out of eligibility. If you want to make it all the way through the game, and to the possibly bonkers jackpot at the end of the game, you need to know what to expect. You've been walked through how to play HQ Trivia, and then legit HQ Trivia winners shared their secrets on the best way to beat the app. Now, it's time for HQ Trivia players to take matters into their own hands.

You get two chances a day to play, so if you want to make it to the end, there are five key HQ trivia topics to study: major headlines, pop culture, literature, math/science, and random animal kingdom facts. Kinda wishing you'd paid more attention in your classes now? Yeah, you're not alone. On the bright side, owing to the app's popularity, HQ Trivia is now expanding their roster of hosts. So if these categories are too much for you to take on, you can always audition to be a host. But one thing at a time.

In case you're having flashbacks to cramming for all those tests you didn't study for, slow down. Just breathe. It's 2017. Forget the textbooks; you can brush up on these topics while lying in bed, waiting the next round of HQ Trivia to load.

The key to winning HQ Trivia? Knowing a little bit of everything. With questions as far-ranging as Victorian literature to the time Hulk Hogan bankrupted Gawker Media, a broad knowledge of "common sense" topics is your best bet. Look at studying for HQ Trivia the way you'd study for a fancy dinner party that you're really anxious about attending. If there are topics you'd expect to hear about, or feel like you should be prepared to discuss — within reason — that's what might come up in a round of HQ Trivia. Major headlines (like Bollea v. Gawker Media) come up, as does pop culture ("Which Actress Played The Lead On Buffy the Vampire Slayer?"), niche facts (like the Latin name for ferrets, though it would be a weird dinner party topic), novels people will assume you have read, and basic computer literacy.

In short: If you don't watch a lot of TV, it's worth lightly researching the most popular series from the past few decades. Not a computer geek? Look up articles with the super basic facts every person should know. Major headlines are known to come up, so any recent stories (that aren't overtly political) are definitely worth looking into. Top headlines from the last year is a good place to start with that. Classic literature (Oliver Twist, Dorian Gray, Jane Austen novels, etc.) always shows up. Doesn't matter if you think it's boring; books come up, and you'll want to be primed on titles and main characters. Finally: space stuff. How many moons does Jupiter have? Can you name one? More than one? If you're gunning for that jackpot, you'll want to be able to.

If there are certain topics you already feel comfortable with (i.e., space), then you're probably fine. If there are categories off the top of your head that you know you could stand to brush up on (i.e., books you were supposed to read for English), do that instead. It boils down to which questions are asked, and in what order — if the first question is computer science, but you're more of a geography whiz, you might be eliminated early. Winning HQ Trivia is a lot about the trivia, but it's mostly the luck of the draw. Even so, it never hurts to be prepared.