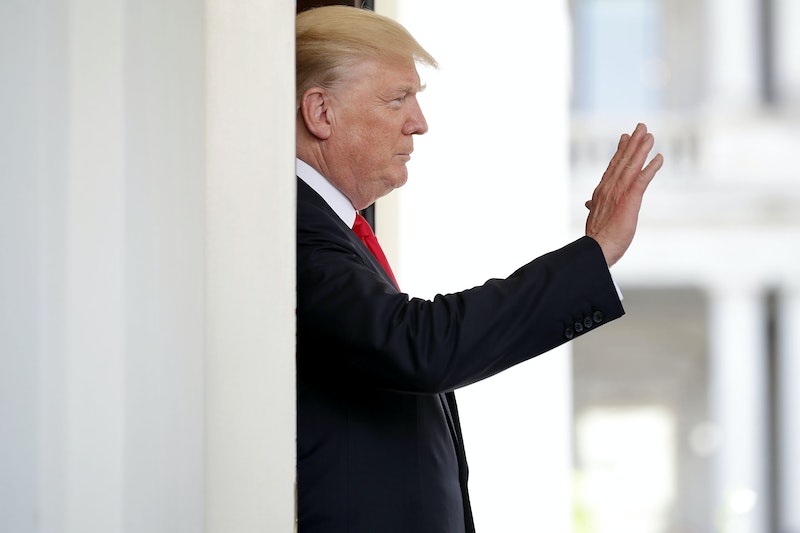 A late-night typo from President Donald Trump bemoaning the "negative press covfefe" stopped the Internet in its tracks Tuesday night. (Yes, obviously he meant coverage. No one cares.) Like any good meme, it left the houses of the internet divided — those who dug the "covfefe" jokes, those who called them a distraction from all the other bad news, and those who weren't really sure what was going on in the first place.

Done-to-death dissections of memes are always aggressively unsexy; it's what you can expect when any joke gets explained, parsed or hot-take'd within an inch of its life. But all of the pearl-clutching framing of these jokes as "distractions," along with being profoundly annoying and self-righteous, are ultimately denying people the chance to take a breath (yes, maniacal laughter counts as a breath) and recharge from the brain-melting rapid-fire news cycle.

Unfortunately, the bulk of the "covfefe jokes are actually bad" backlash rests on that distraction fallacy.

Whether it's a kind of virtue signaling ("I publicly care about X and therefore transcend those talking about Y") or not, the distraction fallacy stage of the internet meme cycle constructs a world in which a person can only care about a single thing, or acknowledge a single thing at a time (at least in terms of media consumption). It creates a world where you can't possibly tweet that delirious William Carlos Williams or Citizen Kane joke about Trump's late-night typo without instantly becoming ignorant of the rest of the garbage he's pulling.

It's obviously silly and reductive as heck to imagine, particularly given how quickly a meme or trending stories rolls over and dies on a microblogging platform like Twitter. Yet, there's somehow always that steadfast group of online contrarians ready to pronounce the joke "a distraction" from [insert anything from the Trumpian playbook].

But, thankfully, there's the meta-layers of internet humor that provide parodies of that hand-wringing to make it all a little more bearable.

Bottom line: We need jokes. We need to laugh, to find the absurd, weird blips of humor, and find whatever joy we can while we continue to pay attention to the million other spinning plates of political turmoil. People can handle it all — and people can handle it all better if they can occasionally crack a smile.

And, look, if "covfefe" (or any joke) isn't funny for you and doesn't sing in the same ways it did for Weird Twitter at 3 a.m., that's fine. You're fine. But it may be worth considering how those moments of laughter might invigorate a crowd rather than distract them.