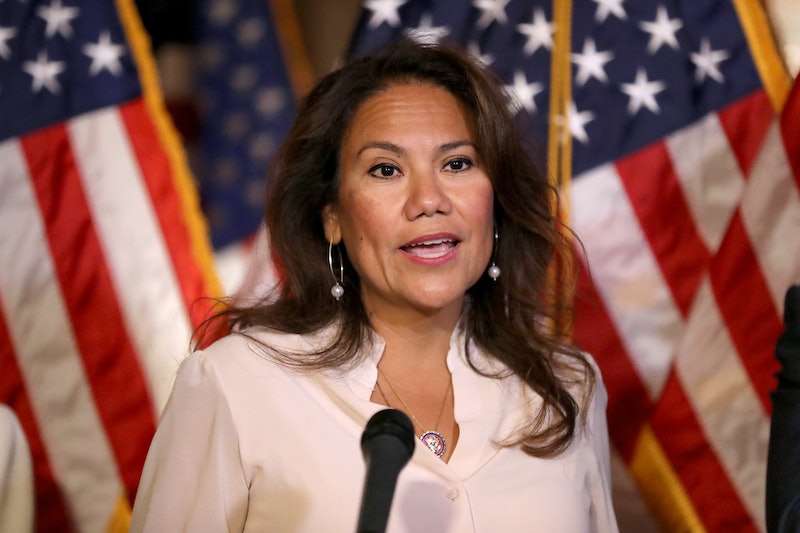 Congresswoman Veronica Escobar represents Texas’ 16th Congressional District, which includes El Paso, where 22 people, the majority of whom were Latino, were killed in a mass shooting in August. She took office earlier this year after making history as one of the first of two Latinas from Texas to be elected to Congress.

Ever since the shooting in El Paso, Texas, I have embraced more young people who have wept in my arms over the last two months than I have in all my life. Young Latinos from El Paso and across the country have recognized that they are being targeted because of the color of their skin. They recognize that we are being portrayed as people to be feared or a group that should be on the receiving end of anger, hate, racism, and bigotry. They see it, and it breaks my heart.

I know that they are resilient and strong. But there are moments when they really need to be embraced and uplifted more than others.

I am a proud third-generation El Pasoan, a proud Tejana, and a very proud fronteriza. In El Paso — a community that’s 80% Latino, along the safe and secure U.S.-Mexico border — my Mexican heritage is a part of who I am, a part of my identity and my day-to-day life. It's a part of the food I cook and the language I speak. It’s inherent in the way that I celebrate my family and special occasions and holidays. It's inherent in the way that I embrace others in times of trouble or strife. It’s impossible for me to separate myself from it.

But the way that I thought about myself when I was growing up meant wanting to adhere to a certain standard of beauty, and feeling inadequate because I didn’t look a certain way or talk a certain way. As a young woman, I went through a phase where the representation of American women that I saw on the big screen or in magazines looked nothing like me, and so it fueled insecurity that already existed.

I want young people to reject that and celebrate who they are.

It wasn't until my early 20s that I finally felt very comfortable in my own skin and comfortable with how I was different outside and inside. And I while I hope there are millions of young people who don't suffer from the same insecurities I did, I know for a fact that many do.

We are living through some really difficult times for people of color and for minorities. We are living through an era where there are very direct and specific efforts to divide us based on race, based on the color of skin, based on our heritage, and I want young people to reject that and celebrate who they are, and look at themselves in the mirror and see nothing but beauty, strength, and resilience.

Our differences should be celebrated and highlighted. Young women and men of every color and every background, there is beauty within and beauty on the outside. You will come to celebrate who you are, if you don't already.