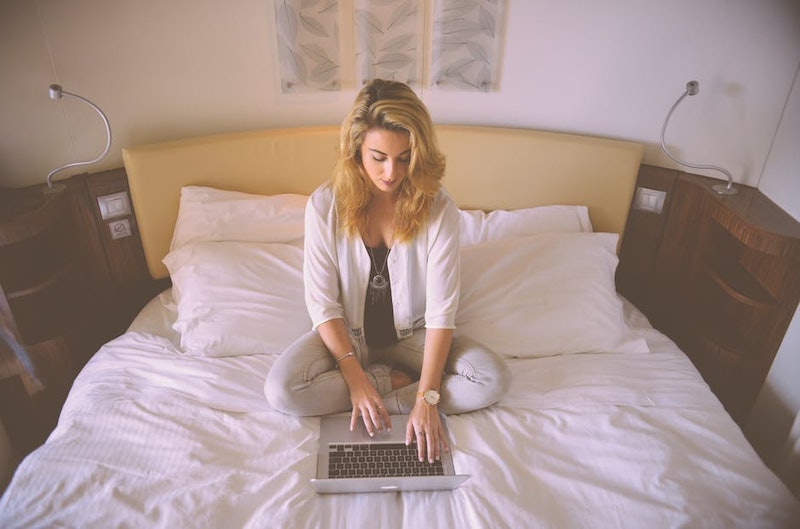 AOL Instant Messenger is dead and I don't know how to handle it. Well, it will be dead as of December 15th, according to a recent announcement. AIM was a defining part of my teenager years— and the teenage years of most of my friends. We talked all day at school, then set up times to log onto AIM in the evening. It helped ease the lonely transition from high school to college. It kept me in contact with friends around the world. But, more than any of that, it was basically the first dating app. Teenage romances lived and died on AIM. And so it's no surprise that people are taking to Twitter to share their AIM-based love stories. OK, maybe love stories is a little strong. Really people are sharing their excruciating crush stories, which seem fare more appropriate for AIM.

Because that's what it was really about— your crush. Sure, I had huge fights with my first boyfriend over AIM after he went to college, but that's not what stands out in my memory. It's the painstakingly chosen bio quotes meant to signal something to the person you liked, it's the cheesy lyrics in an away message that you hoped would goad them into messaging you. How you danced with joy when you crush logged on and felt completely devastated when they left again before you had a chance to speak with them. And, if you were anything like me, you sent way too many messages 'by accident' in order to start up a conversation. It all felt so important. So let's take a moment of silence for all that AIM gave us.

Phew. Alright, now just to prove that I'm not alone in my pathetic attempts to get people's attention, it's time to see how many other people did the same. Because if #RIPAIM is anything to go by, my experience was all too common. AIM was one of the best ways to establish contact with your crush— and, for that, it was really is the mother of all dating apps. Just with way more song lyrics. Take a look at these memories.