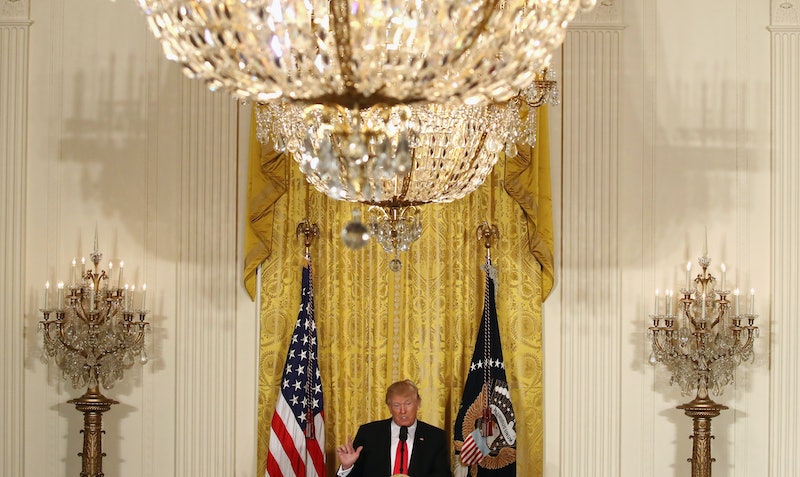 I almost — almost, but not quite — feel bad for the Donald Trump administration: the steady flow of leaks coming out of the government has caused trouble for Trump nearly every day this week. Beginning with Michael Flynn resigning as National Security Advisor on Monday and culminating on Friday with the Associated Press reporting on a Department of Homeland Security memo that considers mobilizing the national guard for deporting immigrants (the White House has completely denied the report), Trump can’t seem to go a single day without stepping in it up to his armpits. On Thursday, Trump said the leakers would “pay a big price” and indicated at his now-infamous press conference that he had directed the Justice Department to investigate the leaks.

But putting aside the legality — and maybe even the ethics — of the leaks for a second, we have to take stock of what the underlying message of all these leaks is: I believe it shows that the people working in the Executive Branch have no faith in their leader.

This is a tricky space: on the one hand, no matter how much it might enrage some of Americans. Trump was elected through the established electoral laws of the land (concerns about alleged Russian tampering aside). Certainly had the candidate I supported won, I would be apoplectic about this level of information coming out, undermining her agenda.

On the other hand, if we try to put ourselves in the mindset of a career civil servant, someone who has dedicated their entire life to government service (and who ostensibly loves their country), what would you do when a memo like this comes across your desk? Given the choices of doing nothing, quitting, and finding some way to push back against it, it’s possible that leaking the information is the lesser of three evils.

There’s another possible motive behind the leaks: Chris Cillizza of the Washington Post posited that it’s possible that media-obsessed Trump only really listens to what’s on TV, and that the best way to get these otherwise unknown items into the spotlight is to leak them.

But the difference between keeping a political campaign tight-lipped and keeping the entire federal government in line might be thing that finally undoes Trump. It might just be that making America great again involves showing the people the true colors of who they’ve elected.