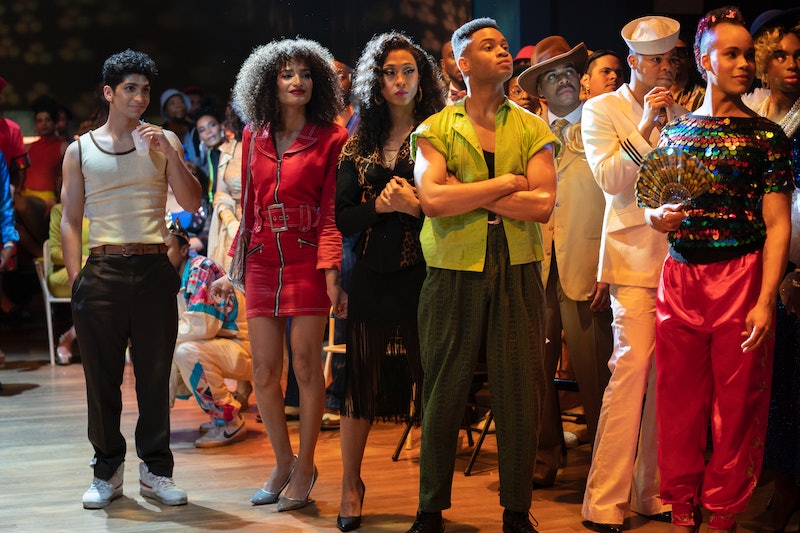 Spoilers ahead for Pose Season 2, Episode 8. This week’s episode walloped fans with a rollercoaster ride of happy moments, shocking revelations, and intense drama. The joy from Damon’s dance school graduation and Angel’s Bebe spread in a magazine quickly dissolved into a war of words (and nearly fists) that has forever changed this tight-knit family. Now, upset and confused fans are wondering what will happen to the House of Evangelista on Pose after Damon, Papi, and Angel all moved out.

Damon and Angel’s tension over her drug usage came to a head during a dinner with Papi, Blanca, Pray Tell, Elektra, and Lulu to celebrate his recent graduation. Angel, who was clearly under the influence, started throwing unnecessary shade at Damon over the potential of his dance career while bragging about her own modeling accomplishments.

Damon tried to brush off the comments, but he eventually got upset and fired back by spilling all the tea about Angel using cocaine, Ricky's HIV status, and Pray Tell, who is seen as an elder, sleeping with Ricky (wait, what?), which led into several explosive arguments between everyone in the room. The drama happened very fast and left everyone, including viewers, shook at how things went left field.

Angel eventually admits to using drugs and tells Blanca that she and Papi will take care of each other at their new place. It’s a heartbreaking moment for Blanca, who admittedly holds Angel to a different standard because she is her only daughter. Blanca and Damon reconcile as he reveals that he secured a spot-on Malcolm McLaren’s lengthy European tour. She’s happy to see her son’s success, but is reminded by Elektra that children who don’t grow strong enough to move away are just parasites and she will find more children to raise.

In the end, the Evangelista kids wish each other well and Blanca sits at her dining room table as an empty nester.

Pose is returning for Season 3, per Variety, and there are still two episodes left in Season 2. So this story is far from over but it’s still troubling to see Blanca without her kids and at odds with Pray Tell.

No one knows if this family will ever live under the same roof again but here’s a few guesses on how everyone’s story could play out: