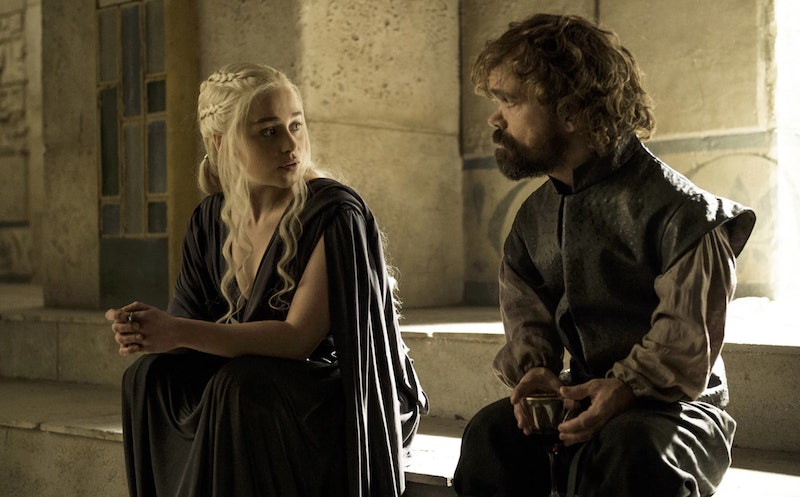 What, oh what, will Thrones fiends possibly do when a certain HBO program based on George R. R. Martin’s book series ends in 2018? What TV show will possibly step up to the plate? How will we cope with the loss of the sprawling fantasy epic? I suspect we will find solace in the pile of offshoots that are reportedly underway. As Entertainment Weekly reported on Thursday, HBO revealed that there are four Game of Thrones spinoffs in the works, although it’s currently unclear which will get greenlit. So what will the forthcoming Thrones shows be about?

Nary a specific story or character detail has been spilled, but HBO did include a few noteworthy morsels in the statement. According to Entertainment Weekly, the quartet of shows will “explore different time periods of George R. R. Martin’s vast and rich universe.” The network also announced who has been tapped to write these four offshoots: Max Borenstein (Kong: Skull Island), Jane Goldman (Kingsman: The Secret Service), Brian Helgeland (L.A. Confidential), and Carly Wray (Mad Men) have each taken on a GoT spinoff. Additionally, Martin is working alongside Wray and Goldman on their respective shows.

Hold up, let us back things up a bit: These four spinoffs will cover different time periods? As in the future and the past? Whoa. I am overwhelmed by the possibilities. The possibilities are like Cersei Lannister's wine goblet situation: never-ending and occasionally intimidating.

If I may be so bold, I have one wish: I would not mind an entire series devoted to Olenna Tyrell. You know, flash back a few decades and really dig into her rise to power, her appreciation for figs, her family, and so on. I would love a Lady Olenna origin story.

I am not ready to say goodbye to this icon.