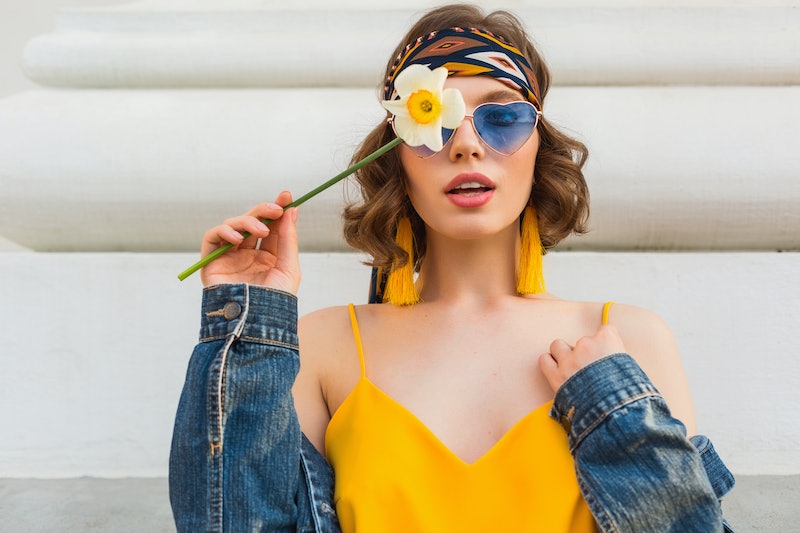 Mercury retrograde came crashing through our summer from July 7 through July 31, 2019 — but as of now, the planet has officially stationed direct and is moving forward again, allowing our lives to slowly settle back into place. Bless. But that said, in true mercurial form, we're not yet in the clear: Mercury retroshade summer 2019 is also officially in action as of July 31, and this retrograde phase will go on through Aug. 15. Then, and only then, can we say we're truly outside the post-retrograde shadow period (aka the ~retroshade~).

Retroshades happen before and after a planet's actual retrograde. During these phases, the planet does not appear to be moving backward, as it does during a backspin itself. Instead, the shadow period refers to the forward-moving planet's path just before and after a retrograde (during which the planet covers the same territory as it does during the retrograde itself). Astrologically, the post-retrograde shadow period is a time to start moving forward again, but with caution: We're definitely not out of the shadow of the recent retrograde-induced drama, but roads are clearing and we're beginning to see our way again.

The current Mercury retroshade is taking place in emotional Cancer and flashy Leo. In Cancer, the retroshade energy is asking us to clean up our emotional messes. In Leo, it's asking us to analyze our ability to express ourselves and shine our light through communication. Taking it slow through this phase is important — retroshades aren't the time to hit the gas pedal! Imagine you've been sick in bed for a week: You don't want to get up and run a marathon the first day you're feeling better, right? Take it easy and give yourself time to process.

It's not always easy navigating the retrogrades and retroshades and retrohazes that get thrown our way, so I'm here to help: Check out some basic things you should and shouldn't do during Mercury retroshade summer 2019 in order to work with the energy and make the most of this retrograde phase.

DO: Carve Out Time And Energy For Reflection

Mercury retrograde summer 2019 just dropped some big lessons on us, as it tends to do. It slowed us down, threw roadblocks in our path, and forced us to go inward and take a beat before proceeding. Now it's time to move forward, yes — but with caution, awareness, and a focus on integrating the lessons learned. In an interview with Bustle, astrologer Jake Register expanded on this: "The post-shadow period is that 'aha!' moment where you finally GET what it is you should bring back into your life or kick to the curb," he shared. Make sure you don't try to put yourself on full speed just yet. Journal, meditate, make a vision board — do what you need to do in order to synthesize the Mercury retrograde realizations into your new normal.

We are not out of the woods yet, kids! As you know, Mercury rules over things like communication, intellect, scheduling, day-to-day travel, and technology. During the planet's retrograde, these areas of our life are set ablaze — we're bound to face mishaps, misunderstandings, and missed connections. But during a retroshade, we do still have to think about these areas and tread lightly. The clouds are parting, to be sure — but the storm hasn't fully passed. As described by Astrology King, this retroshade "carries on the challenging theme, though not to the same extent as the first two Mercury retrograde phases" — so walk, don't run, when it comes to the Mercury-ruled sectors of your life.

DO: Keep Your Guard Up, Because The Past Can Haunt You

With Mercury retrograde, our intellect and reasoning skills aren't in tip-top shape. We feel hazy, confused, and much less clear in how we express our ideas. That said, it can lead us to making some less-than-brilliant decisions — and this retroshade could bring some of our secrets to the surface. In an interview with Bustle, astrologer Lisa Stardust warned that we could get called out for any shadiness during this retroshade, and even get caught for something we did in the past. "[B]eware of others and keep your ears and eyes open," she advised. I'm not telling you be paranoid, but like, maybe be paranoid. Just for now.

Mercury is all about intellect, and it's currently retroshadin' through Cancer — a sign that's all about emotions. It can be hard to combine these two arenas, but that's what this phase is asking us to do. Right now, it's important to trust your feels and intuitions and believe in yourself enough to act on them — or at least discuss them with the involved parties (or a therapist!). Retrogrades serve a purpose: They intentionally force us to slow down so that we can reassess our paths and take a long hard look at what we've been up to recently. If we ignore the gut instincts that are coming to us with clarity now that the retrograde has lifted, we're really wasting the astrological blessings hidden within the difficulty of this transit. Trust your instinct and listen to yourself over the coming weeks.

DO: Start Working Seriously On Relationships

All the inklings you got during Mercury retrograde should be bubbling to the surface now. If a Mercury retrograde break-up was brewing, now's the time to reevaluate and decide whether that's the right choice. If a romance blossomed during the retrograde phase, now's the time to analyze whether you want to keep putting time and energy into continuing. "Psychological self-analysis or relationship counseling could lead to positive transformation in your thinking as deeper levels of understanding are reached," advised Astrology King regarding this particular retroshade. Working through issues of your own or within a relationship is going to be really beneficial during this phase, especially as Mercury is currently in Cancer, encouraging us to think about how we express our emotions to others.

DON'T: Get Caught Up In The Urge To Argue

OK, it's a retroshade, which means it's a time for working things through and making sense of all the sh*t that got thrown our way during the retrograde. Because of this, people are going to be a little fired up and overeager to express themselves (since Mercury's retrograde was blocking our ability to clearly communicate for three weeks straight) — but since the retroshade is still causing some messiness in this area, this eagerness could easily blow up into an ugly argument, especially given some of the current planetary aspects taking place. "Mercury direct conjunct the competitive fixed star Pollux still brings the risk of arguments," warned Astrology King, so resist the urge to be defensive — and practice your listening skills, too.

DO: Use The Retroshade Energy To Clean Up Your Mess

Did you have some sloppy slip-ups during this past retrograde? Whether it was a series of missed deadlines at work, a conversation with a close friend gone terribly wrong, or some car trouble that you've been avoiding dealing with, now's the time to start cleaning up the mess. This retroshade gives us a chance to make amends and take care of business without the cloudiness and confusion brought on by the retrograde itself. You'll be thinking more clearly, communicating with more ease, and hopefully not dealing with the tech malfunctions that retrogrades tend to induce. This gives you more space and ability to deal with any issues that the retrograde did cause, so take advantage of this time and momentum.