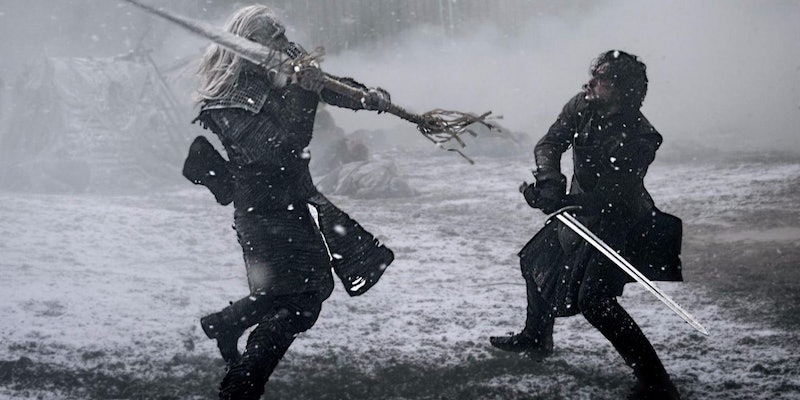 If you watch HBO's Game of Thrones, then you know that the show gets seriously creative when it comes to weapons. They don't have guns or bombs in Westeros, so most of the weapons are medieval-inspired... or just reminiscent of some kind of spooky dark magic. Most of the main characters rely on some sort of sword to keep themselves alive, although these swords certainly aren't all created equal. There are also daggers, a seemingly endless amount of poisons (each one seems more horrifying than the last), smaller weapons, and just having skill out on the field. Some characters even rely on various magical animals to stay safe.

Whether you want to admit it or not, every fan of the show has spent at least a little time thinking about which weapon they would wield if they were fighting for their lives during the Battle of Winterfell. Would you be carrying a giant, elaborate sword that could cut another sword in half, or would you be hoping the dragonglass you were provided worked? Or maybe you would have a huge creature to guard you. The weapon you would most likely thrive (and still alive) with is something that goes along with your personality — and that's where your zodiac sign comes in.

Your zodiac sign can tell you so much about who you are, and that extends to pretty much everything that you do. You need a weapon that you can connect with! Below is the Game of Thrones weapon you would use according to your zodiac sign: