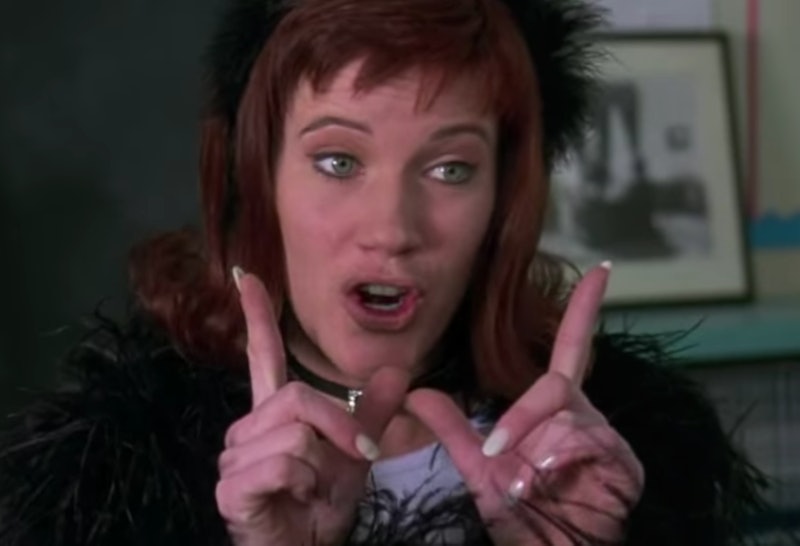 The Marist Institute for Public Opinion has completed its annual poll of “Most Annoying Phrases,” and though we are a nation divided on many issues, it turns out dismissive indifference gets on a lot of people’s nerves. For the eighth year in a row, “whatever” is the most hated phrase in America. I have to say that, as a devoted fan of Clueless and a formerly very angsty ‘90s teen, “whatever” holds a special place in my heart, if only because it made up approximately 50 percent of my total vocabulary from 1996 to 2000. But, you know, whatevs.

In December, the Marist Institute polled more than 1,500 American adults over the age of 18 by phone about their language pet peeves. Thirty-eight percent of American adults find “whatever” to be supremely annoying. (That’s actually down from last year, when 43 percent objected to the phrase.) Respondents’ hatred of “whatever” was followed by their disdain of “No offense, but…,” a phrase that 20 percent of adults believe is incredibly annoying (presumably because whenever someone starts a sentence with “No offense, but,” he or she is 100 percent likely to follow with something offensive). Fourteen percent of adults are irked by “Ya know, right?” and “I can’t even.”

Age seems to play a major role in the language people find annoying. For example, although older adults despise it, “whatever” isn’t the most hated phrase among 18 to 29-year-olds. It turns out that they can't even with "I can't even," a phrase that 33 percent of young respondents vowed was the most irritating expression ever. Twenty one percent of respondents in the 18 to 29 group did agree with the older folks that “whatever” is the most annoying thing you can say, but 24 percent objected more to “No offense, but….”

This year’s tumultuous election cycle seems to have influenced the findings as well. Last year, 3 percent of Americans hated the word “huge.” This year, that number jumped up to 8 percent — perhaps because of a certain president-elect who seems to LOVE “huge” (or “YUGE”) more than any other word (except maybe "Sad!")? Feelings about "huge" seem to be divided along political lines — 13 percent of people who identified themselves as "liberal" or "very liberal" cited “huge” as their most hated word, while only 4 percent of respondents who identified as "conservative" or "very conservative" said the same.

To see the poll’s full results, check out the Marist Poll report. Or don’t. Whatever.