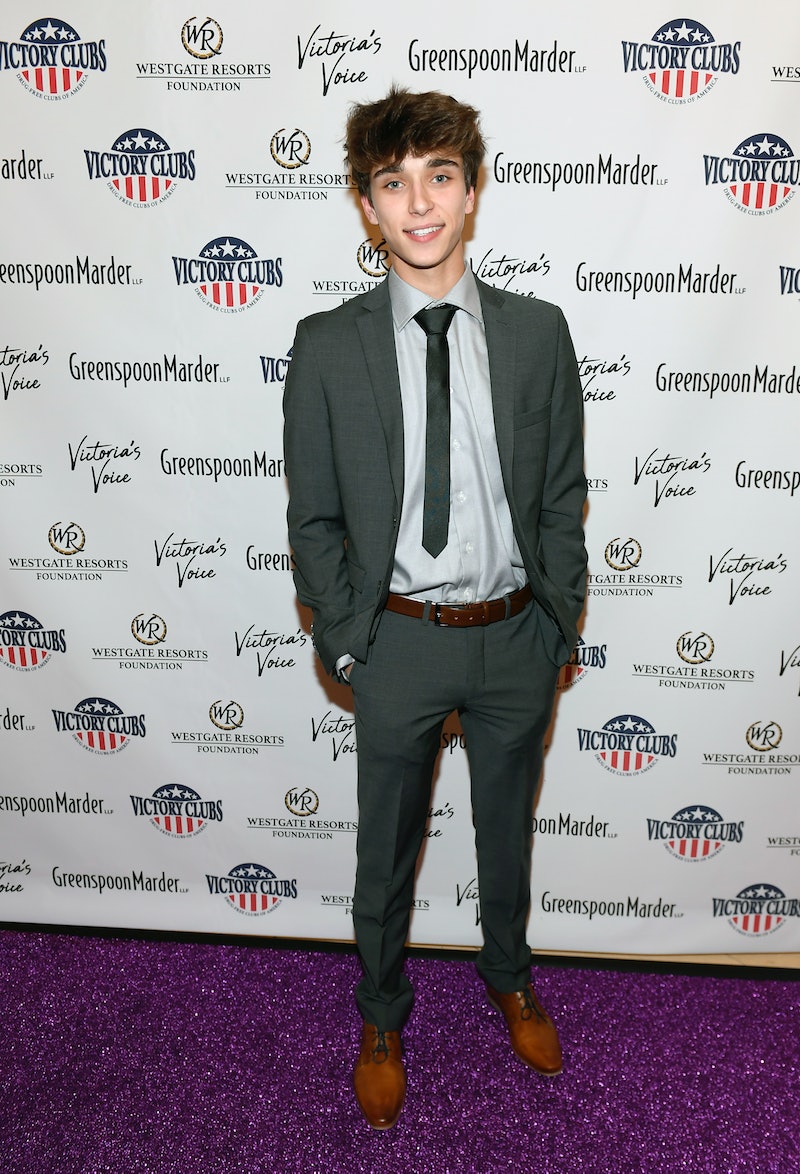 New words have a way of popping up on social media faster than Urban Dictionary can define them, so if you're wondering, "what's a simp?" buckle up. If you previously believed the world didn't have enough words or phrases to negatively associate emotional connectivity and vulnerability with weakness (think: "cuffed"), this one's for you!

"Simp" is a term commonly used on TikTok, the massive video-sharing app populated by Generation Z, aka your teenage cousin who won't stop sending you video memes. But now, you're admittedly a little obsessed, too. And while TikTok is chock-full of dance routines and short SNL-style skits, there are also plenty of viral challenges and explainers to occupy your attention for 15 seconds.

But, like most social media apps, the platform can come with its fair share of toxicity. And that's where the term "simp" comes in. Urban Dictionary defines the word, which is derived from a "simple" man, as "a man who puts too much value on a woman for no reason." In other words, it's a gendered way of calling someone "whipped," creating an inherent link between treating women with respect and giving up control of one's masculinity and independence.

This ideology is illustrated all over TikTok: If a user is treating their partner with respect, they might be labeled a "simp," or told they're acting "soft," typically by friends or by themselves, in a self-deprecating manner. Take TikTok user @ryantheleader, who posts videos poking fun at the term by handing money to a female friend, then letting her stand on him. The implication? He's a doormat, and she's walking all over him.

Of course, the meaning of slang can stretch to fit a different array of scenarios. According to Distractify, a "simp" can also refer to a guy who does something nice for a girl, hoping it'll make her want to date him, and then is disappointed when she doesn't.

For self-identifying simps, the #SimpNation hashtag became the TikTok trend to try for users rejected by their crushes, hoping to associate with others whose advances didn't go as planned. These self-proclaimed "CEOs of Simp Nation" share videos of dating attempts gone wrong for laughs, poking fun back at themselves.

TikTok users may claim that the term is, at its heart, just a harmless joke. But that doesn't mean humor can't further perpetuate toxic masculinity. As MEL Magazine put it, the term is "now another catchall misogynistic term, seemingly aimed not directly at women but rather the men who value them." And when it falls into the wrong hands, it can be damaging.

"The impact of this at a psychological level can be of a reduction in self-esteem and self-confidence, as it may correspond to the formation of negative beliefs about oneself," Dr. Raffaello Antonino, a counseling psychologist, tells Bustle. "For example, 'I’m not good enough,' 'I’m unlovable,' 'I’m a loser.'"

TL;DR — the year is 2020. When are we going to stop sending a message to young people that treating women with respect makes you weak? Now that's one TikTok trend I'd participate in.