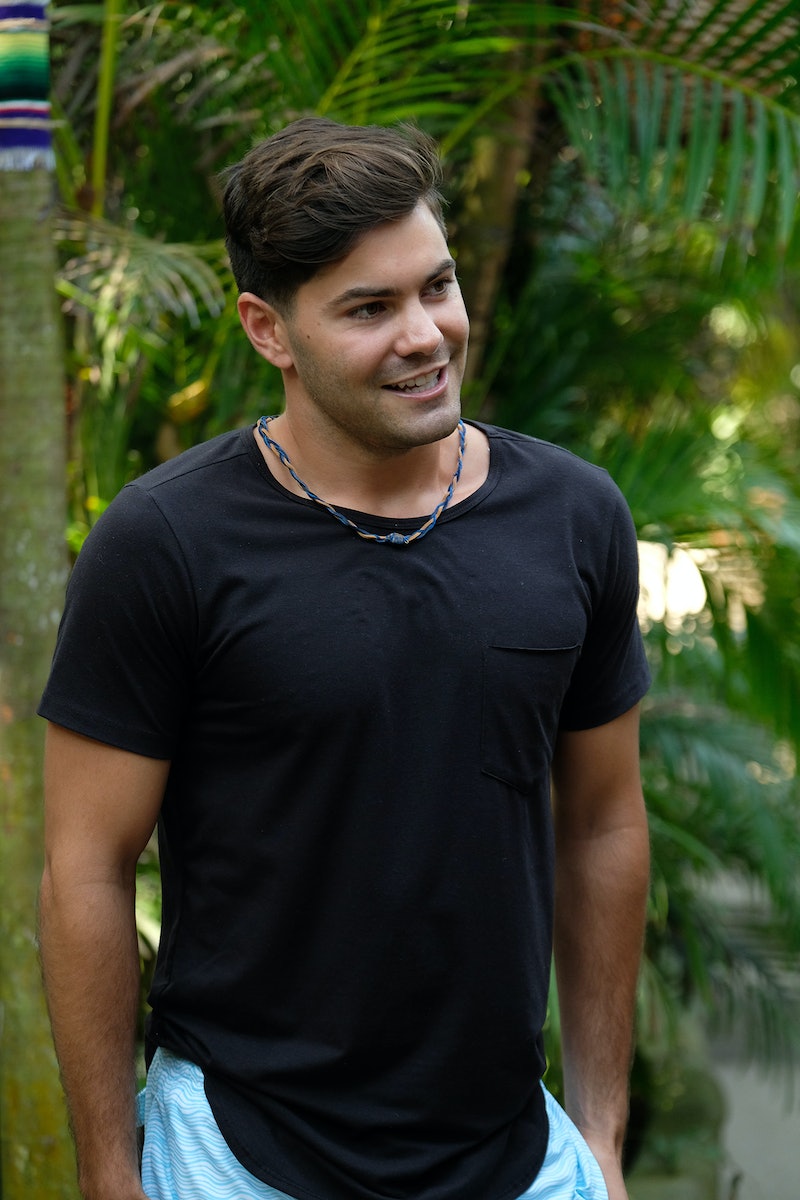 Dylan Barbour is a smitten kitten. After Hannah B.'s Bachelorette season, Dylan went on Bachelor in Paradise, where he may have found love with another Hannah from Bachelor Nation. Dylan absolutely gushed over Hannah G. in an Entertainment Tonight interview from July — which came after BiP had already been filmed. He tried to make his quotes sound as though he was just excited to go to Paradise and meet Hannah, but, dude, fans all know you'd already been there. Things must have gone well if he was still so excited about Hannah G. even after BiP ended.

"Hannah G. is unbelievable. I mean, she's obviously just beautiful. And I think it's unfortunate we didn't get to see her personality [on The Bachelor] and I'm excited to just... I'm excited for everyone to see kinda what the energy is like," Dylan told ET in an interview during the Men Tell All taping. "I'm very excited to meet Hannah G. Very excited to spend some time with her," he added. "I find Hannah G. very attractive."

If that wasn't enough of a hint that they may have some serious chemistry on the beaches of Mexico — he kept going. "I'm excited for Paradise. It was a really great time ... Am I allowed to say [how serious it gets]? ... I think it's going to be an unbelievable experience, and I think everyone's gonna get to see something of me and a part of me that not everybody does get to see."

Dylan wasn't a major player on Hannah B.'s Bachelorette season, so it's not surprising that he's just excited to get to show a side of himself to fans that they didn't get much of a chance to see. Off-screen, Dylan has a pretty hilarious Twitter presence, where he's not afraid to make fun of himself:

Or his fellow Bachelor in Paradise stars, like Dean "Deanie Babies" Unglert:

But Dylan can get serious too. He recently posted a tribute on Instagram to his father, who passed away last year. He wrote:

"It's quite surreal to think my family and I lost someone so special only a year ago. To be honest, there are moments where it feels as if only weeks have passed, but there are others where it seems like years. However, no matter the length there has not been and there will not be a day that passes where I don’t think of you, Dad. I can only imagine what you’d say if you heard half the stuff we were up too 😂 but I know no matter what you’d be proud. I’ll try to hold down mom and big bro but you know how they get sometimes 🙃I miss you and love you so much. Try and save some laughter for the rest of us up there."

Dylan also got serious about who he wants to be the next Bachelor. In an interview with ExtraTV, Dylan campaigned for his fellow contestant Mike to get the leading spot on the next season. "I think Mike would be the best Bachelor," Dylan said, adding:

"I think he’s so in tune with himself, so confident in what he wants, and he'd be able to just kind of express how he's feeling to every single person and be open to all those relationships, because he's such a mature guy. So I'm hoping Mike's the Bachelor. I think he would love it, I think he would crush it, and I think he’s ready for it."

Well said, Dylan. But before the next Bachelor is announced, fans have to get through Paradise first. Just don't be surprised if Hannah G. and Dylan end up falling for each other. He basically already spoiled that storyline with how much he can't stop talking about her.