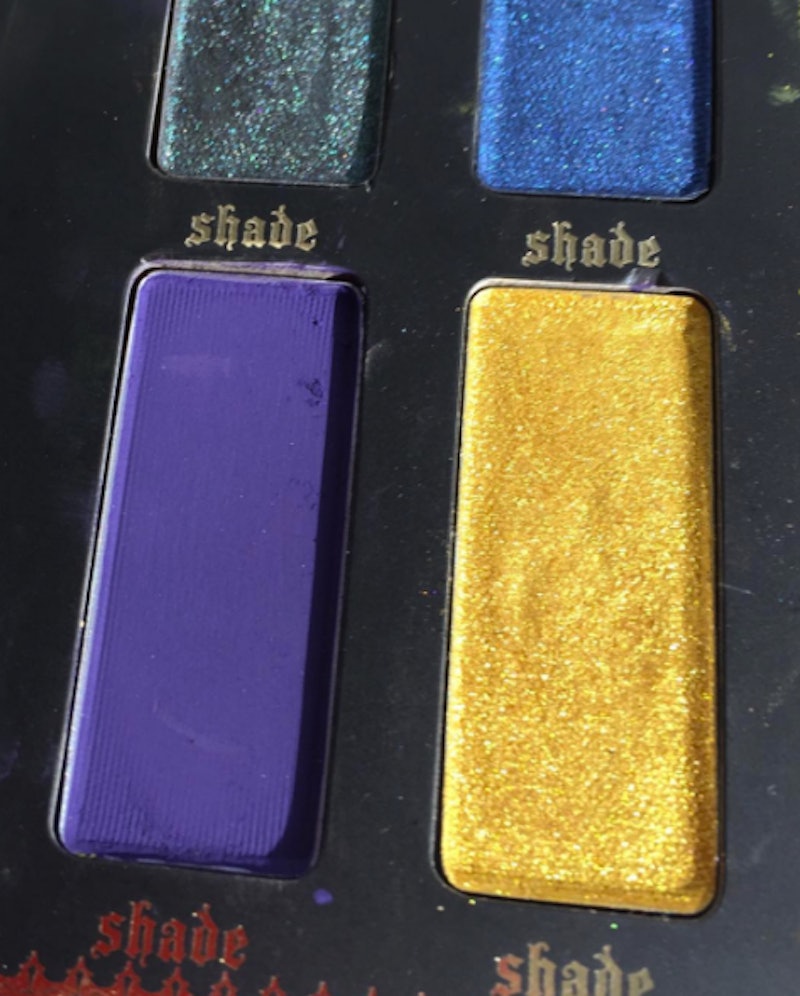 In November 2016, Kat Von D announced the production of a Saint + Sinner palette to celebrate the relaunch of her Saint + Sinner perfumes in 2017. Earlier today, Von D's VP of Product Development posted an Insta pic of what is reportedly the first four palette shades.

The palette, set to launch in 2017, is said to be inspired by a stained glass window Kat Von D saw in a cathedral. The first four shades already reflect this jewel-toned theme. There's a deep matte royal purple shade and a yellow-gold hue, which are extremely reminiscent of Byzantine religious art, as well as a shimmery medium denim blue tone and a sparkly green with a purpley-shift. Von D previously announced her shade names, which are all religious terms. It seems the shadows in the palette are true to theme as well.

Unfortunately, each shadow is just labeled “shade” for now, so we can't tell which color will be attributed to each name. But, knowing Kat Von D, she's certain to impress us with how true-to-brand the palette will be. The VP of Product Development, Nancy McGuire, accompanied her post with the hashtags #fullcoverage and #highpigment, which are already leaving fans salivating in the comments.

The shot was reposted by beauty influencer trendmood1, shown here:

No date has been announced yet, but just pray the palette is released as quickly as possible. If you're a fan and you've been a saint, it's about time your bank account enjoyed a little bit of sin.