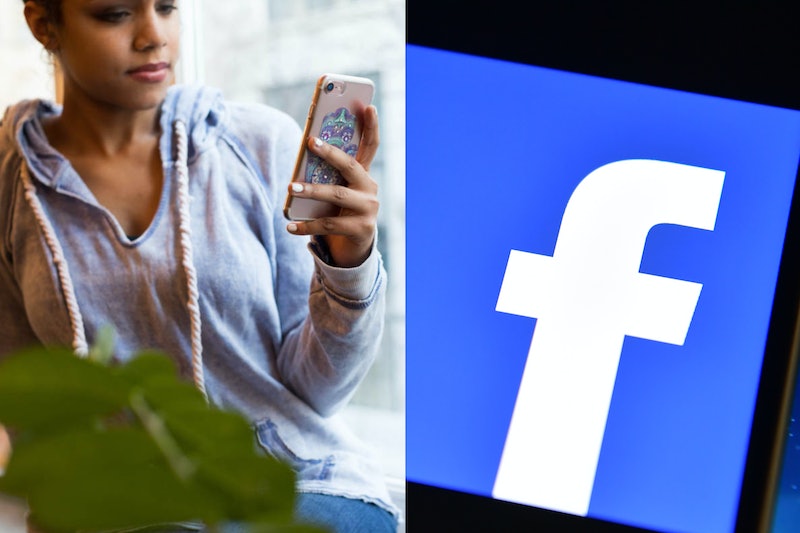 After revelations that Cambridge Analytica, a British data mining firm with links to the Trump campaign, allegedly harvested the personal data of over 50 million Facebook users without permission, many people across (other) social media sites shared the hashtag #DeleteFacebook, suggesting that the data leaks were the final straw in their relationship with the social media giant. CEO Mark Zuckerberg addressed the allegations in a Facebook post, saying, "We have a responsibility to protect your data, and if we can't then we don't deserve to serve you." Facebook has released an update to their terms of service on April 4, plainly spelling out what data it collects.

Of course, even if you’re not concerned with data, there are many reasons why someone might decide to stop using social media in general. However, others argue that, in the 14 years since its inception, Facebook and other platforms under its umbrella have become indispensable services for people all over the world — making it more difficult to end their relationship with the service. Bustle spoke with four people who have quit Facebook about why they made the jump, and how their lives have changed since.

Joshua Litvinoff, 24, deleted his Facebook account following the Cambridge Analytica allegations, after having used it for over 10 years. “Data collection is definitely a concern, but I understand it to an extent,” he tells Bustle. “For these services to be free, I understand that they need to make money somehow. However, I like transparency, and I want to know exactly what the services are sharing, or collecting.”

Martina Dorff, 26, deleted her account right after the 2016 election, she tells Bustle. “[Data collection] wasn’t a top concern when I deleted, but I was starting to think about it more.” She adds that she now “actively avoid[s] new methods of data collection” such as smart speakers. She mentions she still uses Instagram, which is owned by Facebook, and despite her concerns over data, isn’t likely to delete it. “I can’t bring myself to delete [Instagram] because […] Instagram is my only link left to all of my IRL friends, because very few of them have Twitter,” she says.

For others, privacy didn’t play into their decision to quit Facebook at all. Hayley Bennett, 20, says that self-care concerns led her to deactivate her Facebook account. After seeing a 60 Minutes clip that detailed how apps are designed to encourage engagement, she says she was “freaked out” by the “psychological intricacies of the process.” She tells Bustle, “After watching the clip, I kept my social media accounts but removed all the apps from my phone. I still check up on my accounts online, but usually once or twice a day maximum, compared to before when I would absentmindedly open [social media apps] when I had no notifications.” Bennett adds that her Facebook account is currently active, but she has deactivated and reactivated it several times.

One former user even noted the “positives” of data aggregation. Erin Rhoads tells Bustle, “Some genius wrote an algorithm that decided based on my browsing habits, I would be interested in an advertisement [for] eShakti,” an e-commerce site that offers customizable womenswear. “They were right. I’ve bought the sh*t out of those dresses.” She mentions she quit the platform after seeing debates around Colin Kaepernick’s kneeling protest. The arguing “had just gotten so ugly and I no longer wanted to be a part of it,” she says.

But as for how their lives have changed without the social network? That’s a different story.

Rhoads describes having left the platform as “freeing,” while Litvinoff says, “I don’t miss much of anything.” He adds, “I will say it freed up quite a bit of space on my phone” to delete the app.

Bennett also calls her decision to deactivate “freeing” and said she was able to use her social media time more mindfully. “I feel like I have more control over how I spend my time — particularly at night. I much less often spend the last hour or so of my day scrolling through social media before I get tired and fall asleep — my nighttime routine feels much more deliberate now.”

But deleting Facebook isn't without its pitfalls. “I feel like my life has gotten 10 percent harder since I deleted Facebook because so many apps require Facebook logins, especially dating apps,” Dorff tells Bustle. “Also, it’s hard to keep a social calendar without Facebook event invites. People have to actively seek me out to invite me to a party and a lot of people just don’t want to do that.”

“There definitely is a sense of validation from receiving notifications that I miss,” says Bennett. “During periods where my Facebook has been deactivated, I've often wondered if there are pictures of me that I could have been tagged in, but don’t have in my possession because I don’t have an account.”

Choosing to leave a platform where you've stored countless memories can be a very personal decision. A lot of people, especially younger millennials or members of Gen Z, may have been on Facebook for a large portion of their lives, and therefore it can feel jarring to suddenly end the routine of scrolling through articles at your commute home, or staying in touch with college friends by tagging each other in memes. Social media trends come and go, but it's undeniable that Facebook has changed our world in ways we may never fully understand — and choosing not to be a part of that can be a big statement.