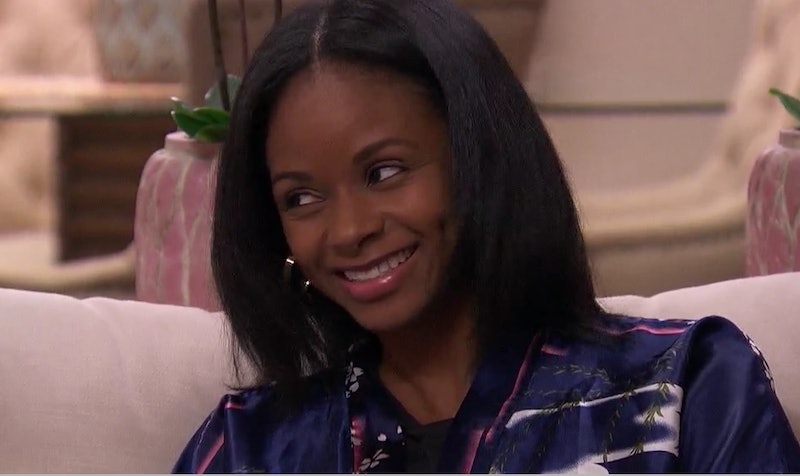 While Mykenna and Tammy were duking it out on The Bachelor, Natasha was in full work mode. "I didn't get a chance to watch the show tonight because I was working late," she tweeted last Wednesday, during the show's extra bonus episode. "From what I hear it was a lot."

This is a prime snapshot of Natasha's life post-Bachelor; the woman has been working hard. According to her LinkedIn page, she's been the brand marketing director for a restaurant group called Everyday Hospitality since September 2019, right around the time when filming for Peter's season started. That means she likely got the gig just before heading to the mansion, and after being away dating Peter for at least a month, she probably had some catching up to do once she got home.

Per the description Natasha posted on LinkedIn, it's her job to "drive new business through brand marketing," which includes planning curated events and private dinners as well as creating partnerships with media creators. Lately, Natasha has been busy promoting a New York Italian spot called Sauce, and it was an event for the restaurant that kept her from watching Tammy and Mykenna's Bachelor drama. According to her Instagram stories, she was hosting a "family night" dinner for local journalists, influencers (including Bec Donlan of @sweatwithbec), and friends. They indulged in a meal of insalata, branzino, pizza, brownies, and, of course, wine.

In January, Natasha helped with Sauce's re-opening launch party (which was attended by Succession's Nicholas Braun), and after its success, she's been keeping up these regular dinners. "Because we have so many loyal, amazing people in the Sauce family, I'm happy to announce FAMILY NIGHTS at @saucerestaurant is coming soon!" she wrote in an Instagram post.

The Family Nights always take place on Wednesdays, so she's lucky that the bonus Bachelor episode was probably a one-time thing. Hopefully, moving forward, she can enjoy all the drama and great Italian food in the same week.