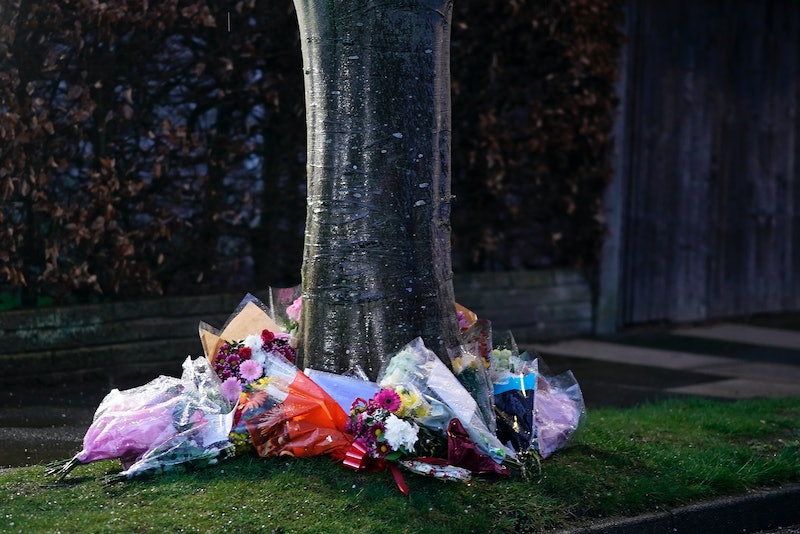 Police confirmed Monday that remains found alongside a freeway in Arkansas last week had been positively identified as those of Maleah Davis, a 4-year-old girl from Houston, Texas, who was reported missing in early May. But the discovery of Maleah's body doesn't bring the investigation into her death to a close. Rather, police have said they won't stop until those responsible for the child's death are held accountable. Here's what's next in the Maleah Davis case now that investigators have found her body.

"We are all saddened by the confirmation of the identification of the remains brought home to Houston by members of the Houston Police Department as Maleah Davis," Houston Police Chief Art Acevedo said in a statement released by the department Monday. "The Houston Police Department will continue to work diligently with the Harris County District Attorney's Office and other partners to ensure the person(s) responsible for her death, and the attempted cover-up of her death, are held accountable to the fullest extent of the law." Acevedo went on to say police would "not rest until justice is served."

According to CBS News, while the Harris County Institute of Forensic Sciences has positively identified Maleah's remains, investigators have yet to determine the cause and manner of her death. As a result, authorities are continuing to conduct further tests and investigations into the case, the news outlet reported.

On Friday, community activist Quanell X told reporters that Maleah's mother's ex-fiancé, Derion Vence, had told him he dumped Maleah's body in Arkansas after she died in what Vence claimed was an accident, ABC13 Eyewitness News reported. Vence had been the first to report the young girl missing on May 4, telling law enforcement he, Maleah, and his 2-year-old son were abducted by three men.

According to CNN, Vence claimed he and his son had eventually been freed but that Maleah remained missing. In a statement later released by the city of Houston, police said they'd arrested Vence after "blood evidence" linked to Maleah was found in his apartment. He was charged with tampering with evidence and is considered to be a suspect in Maleah's disappearance. Vence has remained in jail on a $45,000 bond since then, according to The New York Times.

Legal analyst Brian Wice told KPRC-TV, a Houston local NBC affiliate, that, if evidence allows, prosecutors could choose to upgrade the charges against Vence to capital murder. In that situation, Wice said Vence's bond would be revoked and he'd face the possibility of receiving the death sentence or life without parole if convicted.

The Harris County District Attorney's Office confirmed this possibility Monday in a statement to The New York Times. "Additional charges would be filed as the evidence supports doing so," the paper reported they said. "We remain focused on finding the truth and delivering justice for Maleah."

In a statement released Friday, Harris County District Attorney Kim Ogg had vowed her office would "continue to work with the Houston Police Department to bring justice for Maleah Davis."