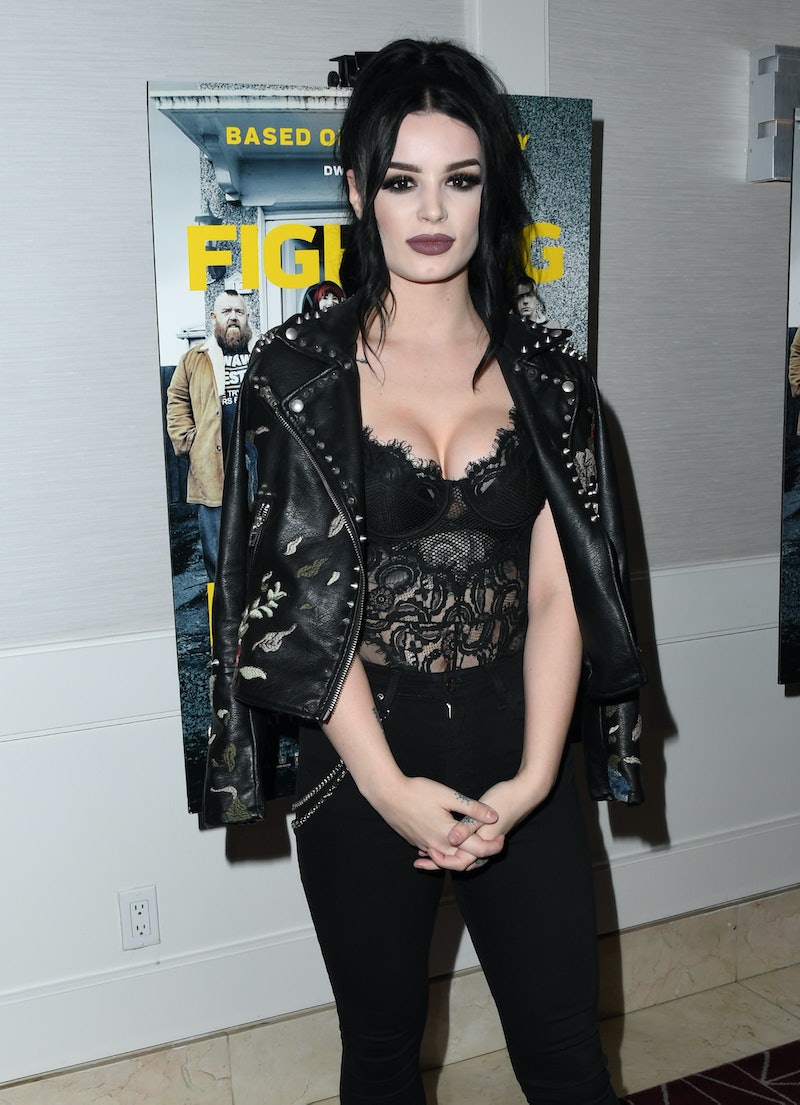 Born into wrestling and rising to the ranks of WWE, Saraya-Jade Bevis, better known to fans as Paige, has spent most of her life ringside. 2012 documentary The Wrestlers: Fighting With My Family, followed Paige's close-knit English family as she and her brother tried out for the American WWE, with only Paige making the cut. The doc caught the eye of Dwayne "The Rock" Johnson, who produced the fictional feature film Fighting With My Family based on Paige's life. The film opens across the country on Feb. 22, but in real life, Paige has stepped away from wrestling. So what's WWE's Paige doing in 2019, and does wrestling still hold a title in her heart?

Paige stepped away from physical wrestling altogether in April 2018, as Sportskeeda reports, after she injured her neck in a six-way tag-team match with Sasha Banks, just months after recovering from a previous neck injury. Her fellow WWE Superstars lamented her leaving, calling her retirement "heartbreaking" and thanking her for how much she taught them in such a short time, according to a UPI article. In late November on Twitter she quashed fans' hopes she might be medically cleared to return to the ring, clarifying that any further injury could cause complete paralysis — a risk she wasn't willing to take. But she was still in the game, promoted to Smackdown Live General Manager soon after announcing her physical retirement as seen in this official WWE clip.

Then on Dec. 18, 2018, Paige was officially relieved of her duties as manager during Smackdown LIVE. "She's not going anywhere, just the role has changed," Shane McMahon emphasized. With no official news since then, fans are eager to find out just how Paige will fit in to WWE in the future.

Meanwhile, Paige continues to promote her vegan, cruelty-free makeup, launched in September 2018. The lipstick line she dropped in November sold out almost immediately, according to LiveKindly. In January 2019 she teamed up with Hot Topic and launched an exclusive collection of her Saraya Jade Beauty line, including an eyeshadow palette called Kinda Freaky and a Little Geeky. The original drop may have said more than intended. As it was dubbed The Breakup Collection and included colors called I Don't Need You and Rebound, RingsideNews theorized that it may have been directly connected to her quietly breaking up with then-boyfriend and metal band Attila bassist Kalan Blehm.

But it seems Paige followed her own color advice. In late 2018, she began dating Ronnie Radke, lead vocalist of Falling in Reverse. Judging by the couple's recent visit to Snoop Dogg's house for a private Fighting With My Family screening, along with other sweet Insta posts, they're still happily together in 2019.

Fans hoping for a RAW return for Paige got half their wish. She made a surprise appearance on Monday Night RAW earlier this month, but not to fight or rejoin, just to share a clip from Fighting With My Family.

Fans who just can't get enough of Paige are also hoping for a reality-show comeback. Just this February on Twitter, Paige herself teased the possibility - though it's more tease than reality as she's not officially signed any contracts or made any announcements.

Meanwhile, Paige, who turns 27 this year, is still promoting Fighting With My Family, turning up at Sundance and doing interviews with director Stephen Merchant. Speaking recently to the Los Angeles Times she even joked about a family-unfriendly sequel covering her last two years' difficulties, summed up in this New York Post article about fans pulling her out of darker times. "Let’s get the first one out of the way!" she said to The LA Times. "But let’s say, a couple of years down the line, a second one comes out — I feel like the story that I’ve had since then is also pretty empowering. Because you go through hell and you hit rock bottom, and even when you make it, there are still obstacles. Florence [Pugh, who plays Paige] would definitely be in it.”