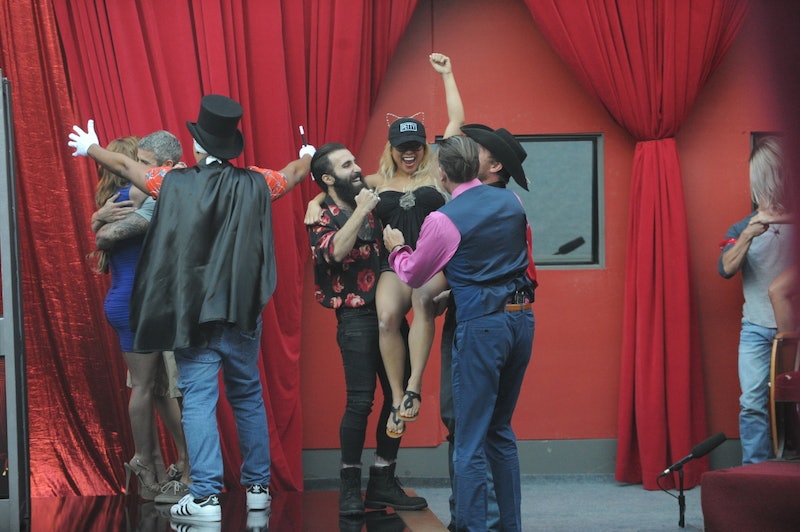 Everyone left on Big Brother is gunning for the $500,000 grand prize, but no one will walk away empty-handed. Having people take a break from their lives for an entire summer with no communication with the outside world is no small ask. It's even worse for those in jury who get evicted, but stay cooped up in a house by themselves for an additional few weeks. Big Brother soothes the pain of losing by providing evicted houseguests with a stipend — but is it worth it? How much is the Big Brother 19 jury stipend?

Big Brother hands out three major cash prizes. The grand prize, a runner-up prize of $50,000, and a prize of $25,000 to whoever is voted America's Favorite Player. However, Big Brother contestants also get a cash prize for every week they stay on the show – including when they are in jury. In 2011, the website Reality Blurred claimed that the cast — aside from the winner and runner-up — makes $750 a week while in the Big Brother house. With that much money on the line, it's no wonder that people try so hard to make it to jury. However, times have changed since then. A candid conversation between Jessica and Cody revealed that the cast may be getting paid even more for Big Brother 19.

On the live feeds, Cody and Jessica briefly tried to do the math of how much Jessica would be taking home if she was evicted. Jess says to Cody that the stipend is "a thousand bucks a week. Paul's making double that." Jessica believes that Paul makes twice as much as everyone else by being there. While her claim is unconfirmed, this makes sense as he's a returning cast member and a major draw for people who watched Big Brother 18.

Even if no one else is making as much money as Paul, $1,000 a week to sit in a house and play in physical challenges is nothing to shake a stick at. It's a nice aide for anyone leaving their life for a summer, and making it to jury ensures that houseguests walk away with an ample check.

Big Brother 19 is estimated to last 13 weeks judging by the number of competitors, meaning that anyone who makes it to the end is getting 13 payments of their weekly stipend. That's $13,000 for everyone who makes it to Jury, and, reportedly, $26,000 for Paul. In prize money alone, it's almost like Paul is already America's favorite.

$13,000 is mere pennies compared to winning $500,000, but it's a nice way to ensure that the houseguests are able to take a summer off for the show without losing much income. According to the stipulations reported in Reality Blurred, the grand prize winner and runner-up don't receive the stipend, but that doesn't mean much to someone who just got half-way to becoming a millionaire.

The jury stipend isn't the best prize one can get from Big Brother, but at least houseguests get paid enough to make all the stress, betrayal, and yelling worth it.

More like this
The 'Big Brother 24' Racism & Bullying Controversy, Explained
By Jake Viswanath
What’s New On Netflix: 'Never Have I Ever' & 'Indian Matchmaking' Return
By Arya Roshanian
Is Nathan Fielder Dating Anyone? What 'The Rehearsal' Star Has Said About His Relationships
By Grace Wehniainen
Khloé Kardashian & Tristan Thompson Welcome Their Second Baby Via Surrogate
By Grace Wehniainen
Get Even More From Bustle — Sign Up For The Newsletter