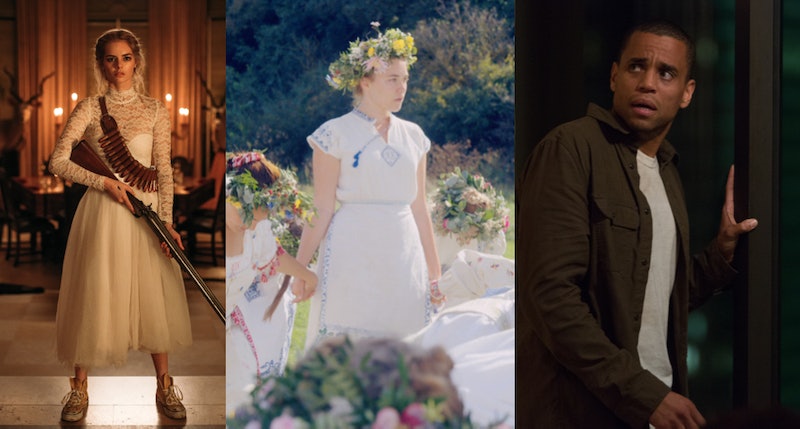 Whether you can't stomach scary stuff or are the first in line for every gory new release, you can probably think of a scene or two that made a lasting impression on you. Maybe you evaded your parents and saw a horror movie you were way too young to really process. Maybe you were an adult and the moment in question hit too close to home. What we're afraid of reveals so much about us as people — so in that spirit, Bustle asked the stars and filmmakers behind some of the scariest flicks today to reveal the scenes from horror movies — old and new — that still haunt them. What we learned reveals a lot about the people who are responsible for scaring, thrilling, and delighting us today.

An interesting thing we noticed as we were reporting out this piece: Every person we posed this question to was able to provide an immediate answer. Because that's how these things work — you never really forget when something chills you to the bone, no matter how old you were when you first saw it. In the case of Midsommar and Hereditary director Ari Aster, his pick is reflected in his own filmmaking. In their roles as horror heroines, Ready or Not star Samara Weaving and Midsommar's Florence Pugh are facing their childhood fears. Jacob's Ladder star Michael Ealy looks at his moment as a masterclass in acting.

As fall horror movies and thrillers hit theaters, we'll update this article with new responses. To stay tuned to see if the creepy scene you're thinking about right now matches with your favorite star's.

More like this
These 25 International Horror Movies On Netflix Prove Fear Is A Universal Language
By Bustle Editors
26 Ghost Story Podcasts To Get You Ready For Halloween
By Jessica Booth, Mia Mercado, JR Thorpe and Emma Carey
14 Scary Campfire Stories To Tell Your Friends
By Charlotte Ahlin and Kaitlyn Wylde
At 14, Jurnee Smollett Was Taking Meetings With Missy Elliot & Lauryn Hill
By Chloe Foussianes
Get Even More From Bustle — Sign Up For The Newsletter