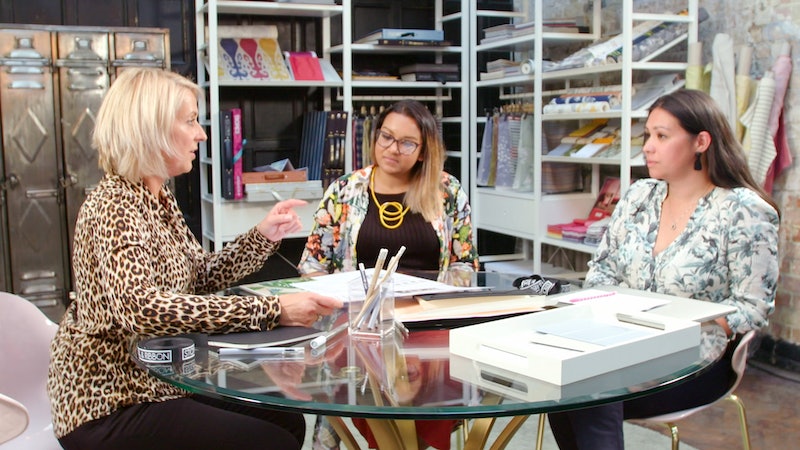 BBC Two's Interior Design Masters sees the UK's most promising up-and-coming designers battle it out in the world of commercial interior design. The series is hosted by Fearne Cotton, and the efforts of competing designers are overseen by the highly-esteemed head judge, Michelle Ogundehin — who is joined by a string of equally impressive guests. But what's the prize for winning Interior Design Masters? Here's everything you need to know about the competition show.

According to the BBC, the winner of Interior Design Masters will be awarded a "life-changing contract" for one of London's top hotels, and as reported by Telly Mix, the commercial contract includes the chance to design a brand new hotel bar, meaning the winner's skills will be put to work right away.

The format of the BBC series sees a group of aspiring designers enter the demanding industry of commercial interior design, where they will each compete to be crowned the Interior Design Masters 2019 champion. Throughout their time on show, contestants are faced with a wide-variety of tough challenges — all of which are overseen by the show's main judge, and design expert, Michelle Ogundehin. At the end of each episode, the hopeful who falls short of the judges expectations is sent home, and the remaining competitors continue on in their quest to become the hottest name in UK design.

According to iNews, some of the challenges taken on by contestants include re-imaging a range of commercial spaces including restaurants, hair salons, show homes, and more. In addition to winning-over head judge Ogundehin, contestants must also strive to impress the show's varying guest judges with their creations — and some of the household names featured throughout the BBC series include Changing Rooms star Laurence Llewelyn-Bowen, the self-appointed Queen of shops Mary Portas, fashion and print designer Matthew Williamson, interior specialist Naomi Clever, designers Sophie Robinson and Abigail Ahern, restaurateur Thomasina Miers, and jewellery and home designer, Jade Jaggar.

The eight-episode series currently airs on Wednesdays at 8 p.m. on BBC Two, and Interior Design Masters host Fearne Cotton has previously revealed that she is "thrilled" to be part of the design-competition series. In a statement from the BBC, she said, "I’m thrilled to be part of this new show. With such a love of interiors, art and design this show couldn’t be any more up my street. The designers on the show are so talented, so it’s going to be really creatively inspiring with loads of wow moments."

The host's co-star shared Cotton's excitement surrounding the BBC series, and previously teased that viewers can expect to enjoy "jeopardy," "intrigue" and some occasional tears throughout. Speaking to the BBC, head judge Ogundehin said, "It’s so exciting to be part of a show that truly celebrates the art and craft of what it really takes to be a great interior designer. Plus there’s jeopardy, intrigue and even some tears too!"

Interior Design Masters airs on Wednesdays at 8 p.m. on BBC Two, and if you haven't witnessed this brilliant competition series for yourself, make sure to catch-up on the BBC iPlayer — you won't regret it.