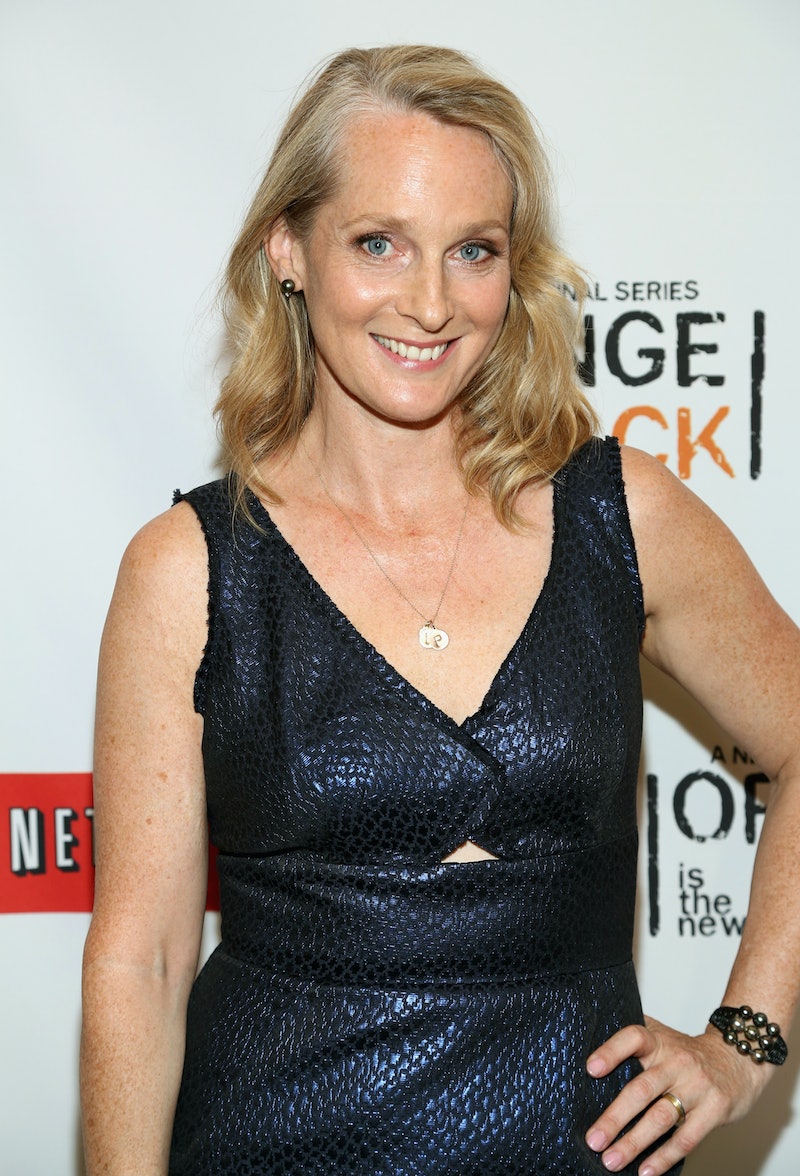 Spoilers ahead for Orange Is The New Black Season 6. While Piper Chapman is the protagonist of Orange is the New Black and based on the real person who wrote the memoir of the (almost) same name, the satirical Netflix show has deviated in many ways and focused on a number of characters. That said, recent developments on the Netflix series may lead to art imitating life more closely once again. When did Piper Kerman write her Orange is the New Black memoir? Now that the fictional Piper has been released, is this what comes next?

In real life, Piper Kerman served 13 months out of her 15 month sentence beginning in 2004 and ending in 2005. Orange Is The New Black: My Year In A Woman's Prison was published in 2010. So it's safe to assume that the memoir was written and shopped around in those intervening five years.

If you really do some digging, and find the real Piper's Amazon wish list via her website "The Pipe Bomb" (that was presumably run by the IRL Larry while she was incarcerated), and find that she reviewed a book titled Behind Bars: Surviving Prison in 2007 and criticized it for not offering advice to women in correctional facilities. That may be an important mark on the timeline — she was possibly researching or scoping out the literary competition. The inspiration to actually write all of this down, however, came while Kerman was behind bars, much like Chapman has a lightbulb moment this season with Alex about "doing something" with her time behind bars.

"The woman I shared a cube with for many months turned to me one day and said 'You go home and write a book about this, bunkie,'” Kerman said in a 2013 interview with Mother Jones. "I was not necessarily planning on writing a book, but when I came home, almost every single person I knew wanted to hear about my experience. I had a sense that it would interest people who would not otherwise pick up a book about prison. I wasn’t writing for the choir."

Like Chapman at this point in the series, Kerman is acutely aware of her own privilege — and the book is a way to use that privilege and voice for the better. The circumstances under which Piper is released at the end of Season 6, as a falsely convicted black woman (Taystee) is being brought back in and a Latina woman (Blanca) was promised release and then detained as an undocumented immigrant, the stark differences could not be more apparent.

"Access to counsel, the color of my skin, a good education, all of these things contribute to treatment that a person who does not have those privileges would not enjoy," Kerman told Mother Jones. "I think it’s fantastic for those things to be discussed."

This may happen in Season 7, and it may not. It took the real Piper years to publish her story. Plus, one can only hope that Netflix Piper will use her power on the outside to help free Taystee. When she is released, her brother Cal asks her what she's going to do next. That could be referring to the book. However, just because Piper is out of Litchfield on the show does not mean that her immediate role needs to be that of a passive observer, writing her memoir in a coffee shop while her friends still need help.