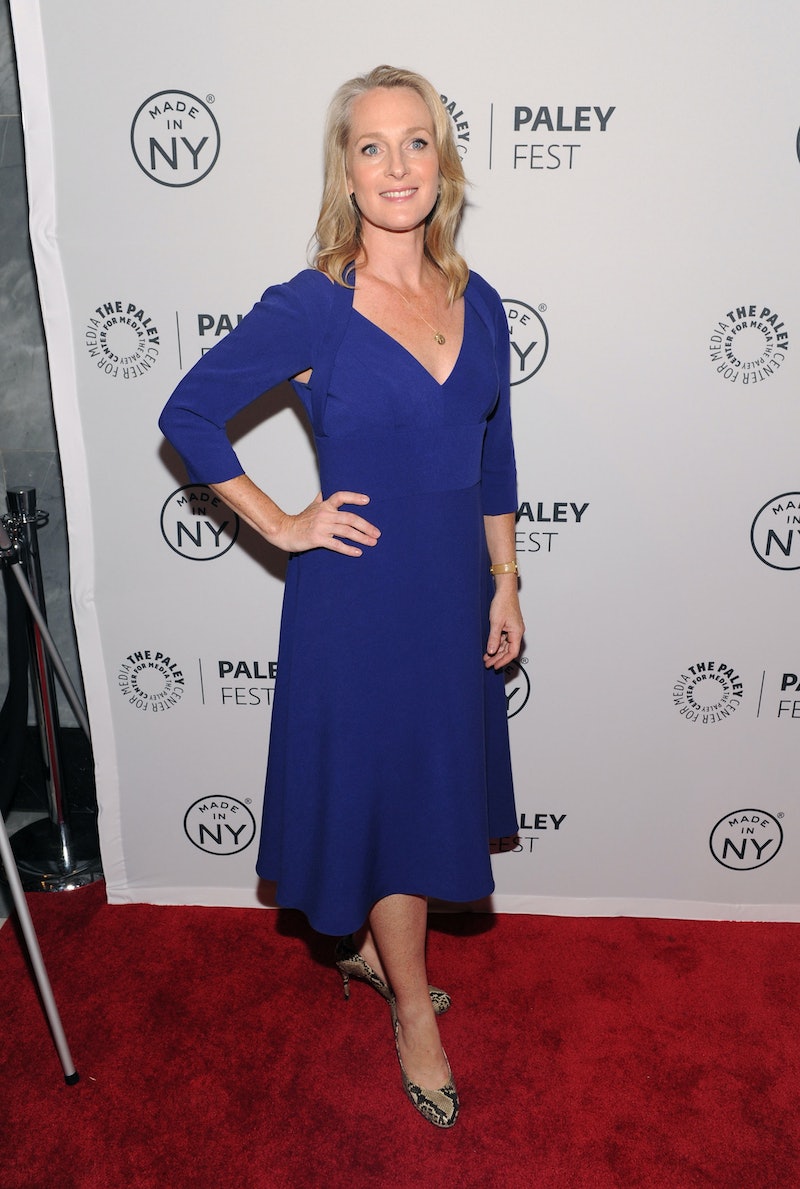 As you've probably heard before, Netflix's original show, Orange is the New Black, is actually based off of true events. Before it was ever a streamable TV show, it was a book, titled Orange Is the New Black: My Year in a Women's Prison. In the book, Piper Kerman (whose name has been changed to Piper Chapman for the show) details her time in a women's penitentiary. While the show has already spanned three seasons — and counting — how long was the real Piper's stay in prison?

That answer is, not surprisingly at all, given away in the actual title of the book. Real Piper spent just over a year in a female prison in Danbury, Connecticut. She was actually sentenced to 15 months in prison, and entered in at the start of 2004. But, after 13 months, she was released, with Larry going to pick her up in Chicago (spoiler alert for the show? I hope not, since we're all pretty glad that Larry has casually GTFO for a little while. Ugh, Larry, you're the worst. But not you, real person Larry. I bet you're really nice).

As I dug deep into this Piper/Piper OTINB hole, I stumbled upon something: A Piper Kerman website from 2003, titled "The Pipe Bomb." Guys, have we known about this all along, and am I just really late to the party? This website is great. It is incredibly 2003. If I didn't know any better, I'd say that Netflix had set it up in conjunction of the show, but it is seriously just TOO GOOD for it not to be real, and it lets us peek a lot of stuff about Piper's time in the slammer.

Ready to find out some stuff about the real Piper?

Kerman has a solid website now about her book and the TV show. On the home page, there's a tiny little link down at the bottom that asks if we want to read the original Piper FAQ. Um, yes we do.

She Asked That Larry Be Looked After

As she writes to her friends reading the website (before she heads off to prison), "You should take extra-special care of Larry, not to mention keeping a close eye on him." In case what, Piper? In case he starts cheating on you with your best friend shortly after she's given birth?

Oh, she actually jokes about that too, mentioning that while her friends should take him to the movies and parties, everyone should "keep in mind that [Piper] expects to be at her fighting weight and mean as a snake when she gets out" So don't party too hard with Larry.

There are a lot of books on OITNB, the show. And, just like on the show, the real Piper's prison had a library, and Piper herself could keep five books with her at at time. Since she was constantly reading, and going through all her reading material, she set up an Amazon wish list so people could send her more books.

What's on it? The Odyssey, A Room of One's Own, Drug Crazy: How We Got Into This Mess And How We Can Get Out, and a Nigella Lawson cookbook, just to name a few.

Once Upon A Time, There Were "Free Piper" T-Shirts

All by popular demand, of course. And, guess what? You can still buy one of these! All proceeds go to Families Against Mandatory Minimums.

Piper Really Worked As An Electrician

As Larry writes in one of his "Piper Update Blogs:"

Piper's job assignment is as an electrician, which seems to cover everything from changing light bulbs to fixing hair blowdryers to occasionally messing with fiber optic cables. She's caused an electrical black out once (briefly) and in short order, she's pretty much established herself as top dog in the boss's shop (though this has led to everyone bringing her their broken headphones to fix all the time). One thing we know: our girl will be handy around the house when she gets out. Good thing, as I'm certainly not.

There is, however, nothing about Real Piper transferring to Whispers.

There's A Recipe For Prison Cheesecake

This actually does not sound like the worst thing in the world, and something Red might be able to whip up. According to the website, this cheesecake is popular at both birthdays and going away parties.

What's in this cheesecake? You can see the whole recipe here, but it calls for, among other things, "1 round of Laughing Cow cheese (8 wedges), 4 cups of vanilla pudding, 6 oz. of Coffee Mate." So, happy baking.