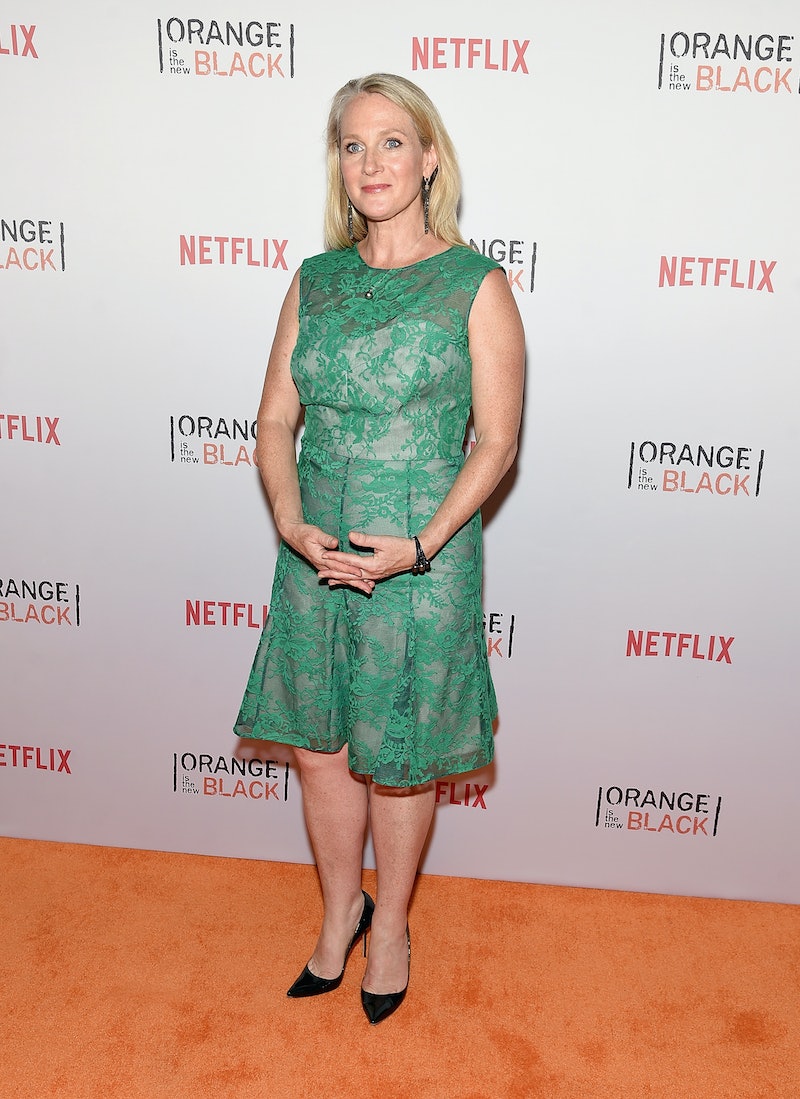 Netflix's hit show is on its third season, but Orange is the New Black was originally based off of the book writen by Piper Kerman, titled Orange is the New Black: My Year In A Women's Prison. While there are of course similarities between the show and the book (more than just the name of the main character), there are a ton of differences, too. This is one of those cases where real life doesn't actually mirror fiction, and I'm so thankful for that. While we all have no idea what Show Piper will do once she's released from Litchfield (if she ever is), we do have some insight as to what the real Piper has done since she got out of prison.

Kerman served 13 months of a 15-month prison sentence between 2004 and 2005. Following her release, she wrote that book. Then she sold the rights to the book, Netflix bought it, it was made into an Emmy-winning show, and we marathon it on the regular. But, Kerman is so much more than just the character that's being portrayed on the TV. OK, I'm going to admit, sometimes I'm not the biggest fan of Television Piper, but I'm a huge fan of Real Piper. She's making waves, not just in television.

She Advocates For Justice Reform

Kerman is a huge advocate for justice reform, and she's very invested in not only in stopping the mass overcrowding of prison, but also putting a name to the faces of many incarcerated. She works with organizations like Families Against Mandatory Minimums to reduce the sentencing for certain crimes, and also Nation Inside, which works to stop overcrowding prisons.

Want to have Kerman come to your school/work/bookstore and give a speech? You probably can get her there! She spends a lot of time traveling the country, talking not just about the book and prison, but about women's issues, gender issues, and sociology.

She Helps Out With The Women's Prison Association

Real Piper serves on the board of the Women's Prison Association. It's a foundation that works to "promote alternatives to incarceration and help women living in the community to avoid arrest or incarceration by making positive changes in their lives." If the women are, in fact, incarcerated in the end, after their release they can turn back to the WPA who will help them re-establish their lives and keep them on the straight and narrow path to avoid even more jail time.

Though I don't think we want to see this happen on the show (sorry, Larry), upon her release, Real Piper married the real Larry, Larry Smith, who is much better than his TV counterpart. Real Larry visited Real Piper in prison just about every single week — and why didn't you do that, TV Larry?

Real Piper did a lot of good with her life after getting out of jail. Fingers crossed TV Piper does the same if/when she gets released.