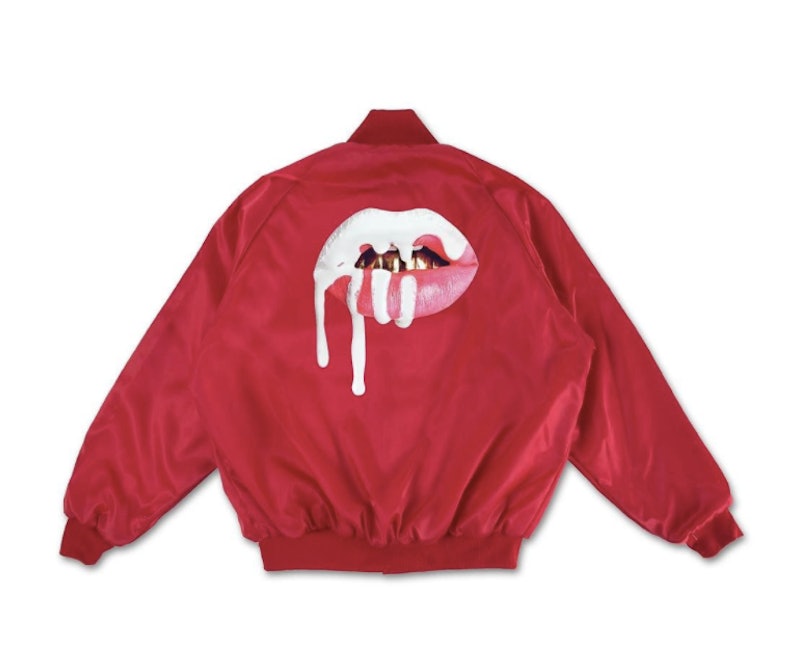 Beauty mogul Kylie Jenner is quickly turning into a fashion mogul, thanks to the addition of The Kylie Shop to her empire. And while she hasn't released too much merch so far, on Thursday she announced that new Kylie Bomber Jackets will be the next piece of Kylie gear on the market.

Jenner released a black bomber jacket with the Kylie Cosmetics logo on the back in Dec. 2016, and this time around, there will be three different versions — a black one, a red one and a gray one. The Kylie Shop bomber jackets will go on sale on Valentine's Day (Feb. 14), so maybe you can order one for bae and get it later?

Like most of Jenner's products, I think we can safely assume that these bomber jackets will sell out on Valentine's Day, but they may not be almost immediately restocked like the Kylie Lip Kits, so you will probably want to act quickly.

The first time the black bomber jacket became available it was $200, so prepare to pay a pretty penny for one of these Kylie Cosmetics branded silk bombers. But if anything, you'll at least know that you'll be fashionable for a bit considering bomber jackets are one of the hottest trends for spring.

You can purchase a Kylie Shop bomber jacket at kyliejennershop.com.

So start saving now and mark your calendars for Feb. 14!