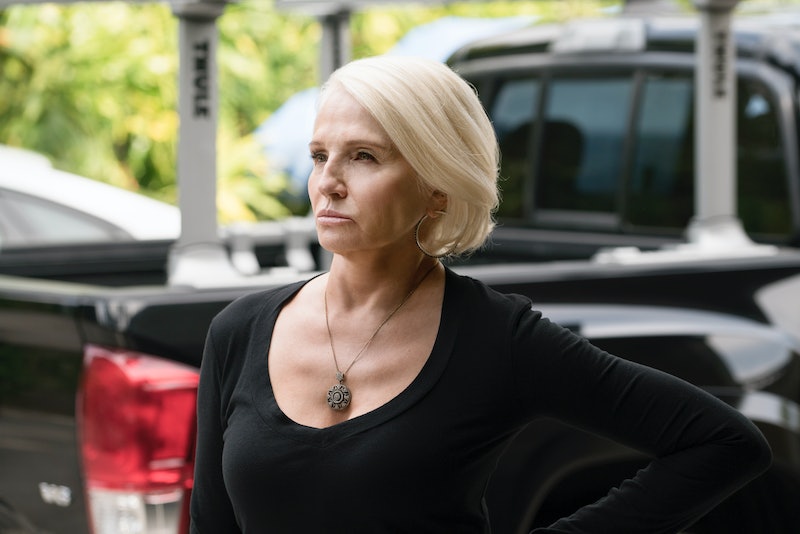 TNT's hit drama, Animal Kingdom, isn't going anywhere anytime soon. Animal Kingdom's Season 4 already has a teaser trailer out for it, just days after the Season 3 finale aired, but it doesn't really provide any details about when it'll debut, other than that it's "coming soon" — which could mean anything. So really, when will the series be back?

All we can know for sure is that it's coming in 2019, but based on when past seasons have premiered, you can also make a pretty good guess when it'll next grace the screen. Each of the past three seasons has debuted in either May or June, so even though Season 4 is announced, there are still many long months between this week's finale and the next episode.

The official renewal came in early July, according to Deadline, after TNT apparently saw the huge ratings that came along with the Season 3 premiere. Deadline reported in the same article that the two-night Season 3 premiere drew a whopping 4.3 million viewers, and that on social media, Animal Kingdom drew more than one million engagements that first week. And social media excitement hasn't died down. Plenty of fans tuned into the finale and shared their thoughts on Twitter, and they were floored.

The show focuses on the twisted Cody family as they navigate dramatic and troubled relationships with one another and the people around them, all against the backdrop of a California beach town riddled with drug problems and crime. It's based on an Australian thriller of the same name from 2010, according to The Wrap, but the show has moved beyond the original in terms of longevity and twisted the story to stretch it into multiple seasons. Viewers seem to have been hooked since the beginning. "I thought season 1 was great, with strong acting & writing," Reddit user zippyboy wrote last year. "The plot and character interaction were so complex I couldn't describe the show to a stranger in just a few sentences."

Die-hard fans are also hoping that with a new season, there will be a slew of new viewers whose interests are piqued. Animal Kingdom has an impressive 92 percent positive audience rating on Rotten Tomatoes, but TVSeriesFinale.com reports that Season 3 is averaging about 1.3 million viewers per episode, which puts it at only the 5th highest rated summer show on the network. "Such a relief," user UnlimitedPowahhh said of the show's renewal. "This is one of the best shows no one is watching and I don't want it to go the way of other great shows that didn't have a large audience."

Others are hoping earlier seasons make their way to streaming services and garner a bigger following there. "This show is so good! Viewership is going up and I just hope it gets onto Netflix some day," another user FuzzyStorm wrote. "Netflix is your biggest audience, put a season on there and then everyone will want to watch whats next." A new season of Animal Kingdom will definitely give more viewers an opportunity to get onboard with the Cody family, and there's no telling where the plot could take them from here.

More like this
Everything To Know About 'Monarch' Season 2
By Gretchen Smail
Is Blake Lively Or Penn Badgley The Richest 'Gossip Girl' Star From The OG Series?
By Hugh McIntyre
Theo James Revealed The Truth About His 'White Lotus' Nude Scene & Fans Can't Cope
By Stephanie Topacio Long
Jamie Dornan Just Shared A Major Update About 'The Tourist' S2
By Orla Pentelow
Get Even More From Bustle — Sign Up For The Newsletter