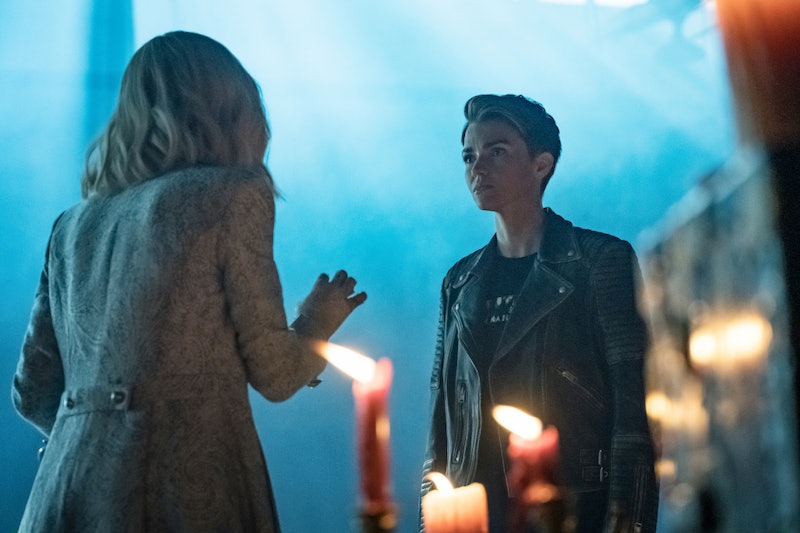 Arrowverse shows on the CW will go into hiatus in December, and fans may wonder when Batwoman Season 1 returns following the series' midseason finale. Batwoman, which stars Ruby Rose as Kate Kane, is set three years after the disappearance of Batman, leaving room for a new hero to don the bat suit. The show premiered on Oct. 6, and on Sunday, "A Mad Tea Party" wrapped up Batwoman for the year, leaving fans on a cliffhanger after one of the main characters dies and the protagonist is thrown into a crisis, unsure if her turned-evil sister Alice can be redeemed.

Fans of Kate Kane can catch the character one last time before the year is over, as Batwoman will appear in Part 2 of "Crisis on Infinite Earths,"a crossover series which premieres on Monday, Dec. 9, on the CW, according to Newsweek. There's no formal date set for new episodes in 2020, but fans can expect to see more of Batwoman, along with other Arrowverse titles such as Supergirl, The Flash, and Supernatural, during the epic crossover event. Crisis on Infinite Earths returns following a holiday hiatus with Arrow on Tuesday, Jan. 14, at 8pm, concluding with an episode of Legends of Tomorrow at 9pm.

Batwoman will not be off the air indefinitely, and though there's no formal release date for new episodes, the show is slated to return in 2020. In October, the CW picked up 9 additional episodes of Batwoman, bringing the series to a full season order with 22 episodes, according to Deadline. The show brought in strong ratings for the network thus far — Batwoman ratings have grown 73 percent among adults 18-34 since the premiere date, with a significant viewership boost from DVR and streaming, as per the publication.

In the streaming era, the CW has prioritized shows that are strong digital performers, especially given the network's unprecedented streaming rights. Batwoman (along with Nancy Drew and the upcoming Katy Keene) is among the first series to premiere following the end of the Netflix output deal, which means the show is exclusive to CWTV, with fans able to access episodes online the day after their linear premiere, as per The Hollywood Reporter. In the past, Netflix would be granted exclusive access to popular CW series, but the new deal allows the network to shop episodes to various streaming networks.

On Dec.8, the Crisis on Infinite Earth crossover series will begin with Supergirl, and continue with a Batwoman episode on Dec.9, as well as The Flash. Fans of Batwoman were left with a shocking mid-season finale, one which included the the first major death of a character, sets a new, even darker tone for the rest of the season. The CW series will announce the show's return date soon, but the network's crossover event will continue Batwoman's story in the meantime.

More like this
The 'New Amsterdam' Series Finale Opens An “Unexpected” Door To The Future
By Brad Witter
This 'Gossip Girl' Wardrobe Error Has Gone Viral On TikTok
By Alyssa Lapid
'The Last Of Us' Has Officially Been Renewed For Season 2
By Darshita Goyal
Rupert Grint Just Shared A *Major* Update About Ron Weasley’s Future
By El Hunt
Get Even More From Bustle — Sign Up For The Newsletter
From hair trends to relationship advice, our daily newsletter has everything you need to sound like a person who’s on TikTok, even if you aren’t.