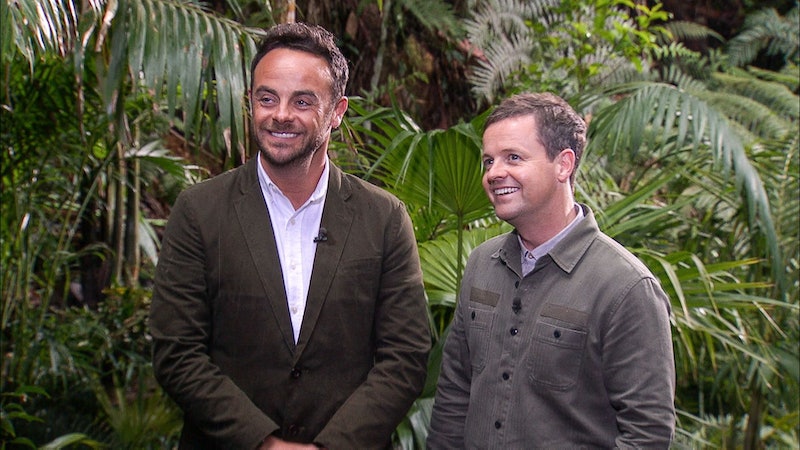 Is it just me, or has there been a bit of a lull in the celebrity reality TV world of late? Yes, sure, there are dancing competitions going on left, right, and centre, but what I really hankering for is a show involving the an unforgiving jungle, a bunch of hungry celebs, and a whole load of bugs. Hell yes, you guys, it's time to mark your diaries because the I'm A Celebrity 2019 start date has been announced. And there's not long to wait at all.

ITV has officially announced that reality TV obsessives need to clear the decks for Nov. 17, because I'm A Celebrity Get Me Out Of Here is back and will no doubt be jam packed full of weird and wonderful moment for you to gossip about by the water cooler.

Rumours are already well underway when it comes to contestants for this year, with the usual crowd of reality TV stars, sports heroes, and TOWIE alums being thrown into the mix. I've contacted ITV to see whether there's any word on who is confirmed for this this season of the hit show, but they have declined to comment, saying they'll reveal the line up closer to the transmission date.

One thing we do know for sure though is that, despite Holly Willoughby's excellent turn as cohost last year, Ant McPartlin and Dec Donnelly will be reunited on screen once again. This came after McPartlin took some time out in 2018 to focus on his health after going through a difficult period in his life.

The star's return was revealed in a promo for the show, which shows the pair out at sea lost on a boat.

Last season will be a tough act to follow after nearly the whole camp stole the nation's heart. What with the likes of Harry Redknapp's love of jam rolly poly pudding (only beaten by his love for his wife), Emily Atack and John Barrowman's naughty BFF behaviour, and of course Nick Knowles' singing prowess. It's pretty understandable that 2018's finale of the hit show had 11 million viewers, according to the Radio Times.

As there are only mere weeks until all of that rumbling in the jungle begins to kick off, it surely won't be long until they announce who's going in. Here's hoping it's as good if not better than last year.

More like this
Winter 'Love Island' Has Its First Bombshell, But There's A *Major* Twist
By Bustle UK
This 'Emily In Paris' X 'The Hills' Crossover Is Très Chic
By Marenah Dobin
This Pre-'Love Island' Video Of Olivia & Zara Together Changes Everything
By Bustle UK
Every Season Of 'Love Island' Ranked Best To Worst
By Alice Broster, Frances Stewart and Sophie McEvoy
Get The Very Best Of Bustle/UK