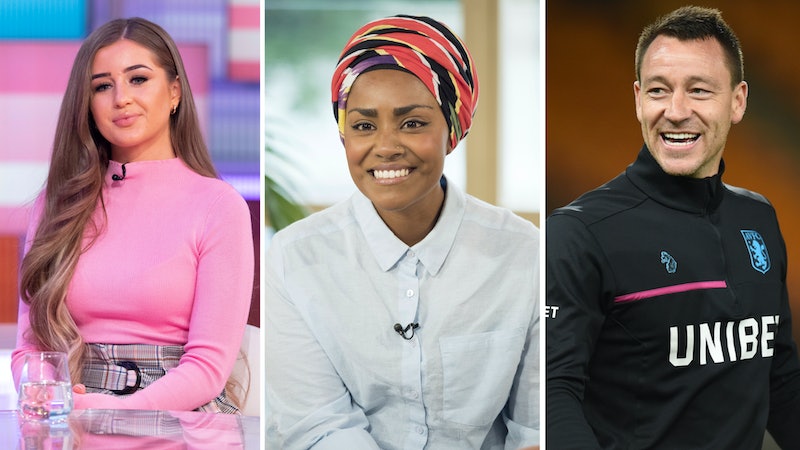 The next series of I'm A Celebrity... Get Me Out of Here! might feel like an eternity away, but once summer has come to a close (and you've bid farewell to the Love Island villa), the Australian jungle will be back on the nation's screens in a flash. And with confirmation from the show's director that Ant McPartlin will be back alongside Declan Donnelly, it's only natural to start wondering who will be on I'm A Celeb 2019. Well, I've done some digging and, dare I say it — this year's rumoured line-up may be the best yet!

According to the Digital Spy, 2018's series was the most-watched in I'm A Celeb history, attracting "an average of 12.2 million viewers," so it wouldn't be surprising if 2019's line-up ended up topping it. The 2018 rendition saw football manager Harry Redknapp take home the title of King of the Jungle, with actors Emily Atack and John Barrowman following in second and third place. While no date has been set for the 2019 series, nor any clues as to when the line-up will be announced, last year's contestants were revealed five days before the show began in late November. I contacted a representative for the show to see whether or not this year's series could follow a similar schedule, but they have said they have no comment at this time.

Anyway, back to the rumoured line-up. From what I can see, it looks like this year's I'm A Celeb could feature a lot of familiar faces. Boy, am I ready.