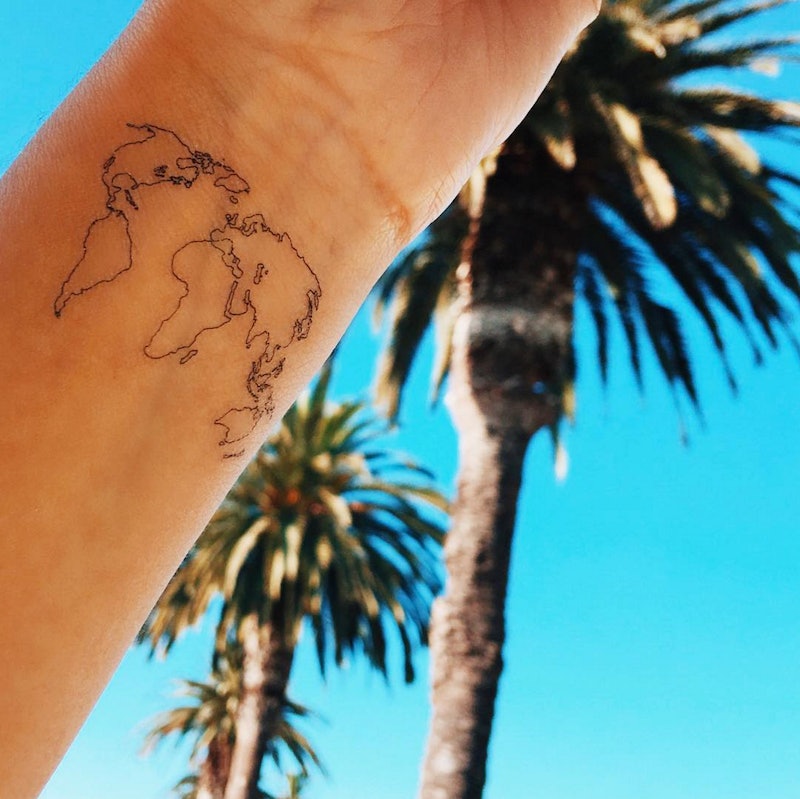 Courtesy of INKED by Dani
By Shea Simmons
June 7, 2019

A tattoo can often feel like a big commitment. After all, it is a permanent piece of art on your body. But if you've been concerned about taking such a big step, INKED by Dani is going to be your dream brand. The best part? Inked by Dani is coming to Target.

If you haven't heard of the temporary tattoo brand, you've been missing out on the perfect way to make sure you really want that tattoo before it's permanently on your body. The brand creates elevated temporary tattoo designs, and these are far from the gumball machine tattoos you used to get as a kid. The unique and artist-created pieces from INKED by Dani are hand drawn by founder and CEO Dani Egna, and there are tons of different options including everything from geometric-themed ink to mantras and crystals.

Now, those hand-drawn temporary tattoos are coming to Target on June 7. INKED by Dani will be arriving at the major retailer with six different packs of tattoos including its Geometric, Black & White, Trendy, Luck & Magic, Inspired, and Expression packs. Before you start to think that six packs doesn't sound like many tattoos, each of the six packs include 10-20 tattoos inside which means you've got more than enough chances to figure out if permanent ink is for you.

As for the price, each pack will retail for just $12 each, and you'll be able to find them all in Target stores and online. Considering that you'll get between 10-20 tattoos inside each pack, the hand-drawn pieces are either just under or over $1.

Of the new venture into Target stores, Egna says, "We at INKED by Dani are so excited that Target shoppers can now sport our hand-drawn, real-looking, and elevated temporary tattoo designs. Featuring minimal black & white shapes, fun & colorful mini designs, sleek script quotes, and celebrity-inspired tattoo looks, INKED by Dani's assortment at Target is a must-have. Now you can try out your next tattoo idea pain-free, commitment-free, and without breaking the bank!"

Of course, INKED by Dani's new Target temporary tattoo packs are incredibly useful for those with tattoo cold feet. However, they aren't just great for the contemplative ink admirer. The six different tattoo packs are also great for who just want to try out a look.

Sure, festival season may be over and you're likely no longer covering yourself in glitter (but if still do, do you). However, summer is here, and given that most people will likely be wearing skin-bearing items like skirts, rompers, and sleeveless shirts, now is the perfect time to pop on some easy ink for a party.

If you've been considering getting a tattoo but want to take it for a test run first or if you just love trying new beauty looks, INKED by Dani at Target is the perfect opportunity to try out what it would feel like to finally get that tattoo. Head to your local Target now to pick up the new temps, and feel free to terrify your parents or our boss by covering yourself in them.