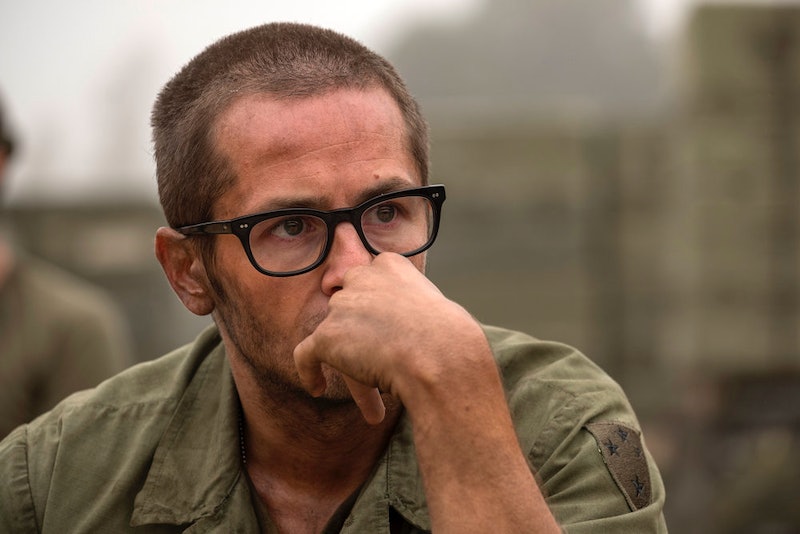 Fans knew going into Season 3 of This Is Us that a major portion of the plot would be dedicated to learning about Jack's past and what exactly happened to his brother whom he never talks about with his family. So far, only a small amount of information has been offered surrounding the details of their time in the Vietnam War together. However, we do know that Nicky's story ends in tragedy. But when does Nicky die on This Is Us? That question, along with how it happens, is still up for debate.

Throughout these last few episodes, viewers have watched as Nicky's number was called up in the draft. After he finds out that his brother was given an Article 15, which is a military disciplinary measure, Jack enlisted just to be with him and find out what was wrong with him. The two remained separated for a little while until Jack tracked Nicky down at one of the villages in Vietnam.

But he's clearly no longer the same brother that Jack grew up with for all those years. The war has changed him and not for the better. However, Jack — being the determined and good-natured man that he is — is making it his personal mission to help his brother through this difficult time and have him come out of this whole ordeal intact. Obviously, we know that this plan doesn't exactly work out the way Jack wants it to, but how long is it between now and Nicky's untimely fate?

Considering that This Is Us loves throwing its fans a curveball, the details of Nicky's unfortunate demise is being kept tightly under wraps. In fact, the show is so determined to keep this specific intel in the dark, Michael Angarano's IMDB page only lists the latest episodes that he's been in — not any future ones. That means we can't even attempt to predict how much longer the actor will be sticking around for throughout the season.

Perhaps this will be a heartbreaking moment that'll be dropped on us right before the series goes on a short winter hiatus for the holiday season. Or maybe it'll take place during a random episode and totally catch us off guard. Either scenario is possible, but one thing's for sure — like many This Is Us plotlines, it's going to end with us all sobbing into a box of popcorn and tissues.

Nicky has made it very clear that he is not adapting to his life as a soldier very easily. During an interview Milo Ventimiglia had with Entertainment Weekly back in September, he stated that Nicky has demons, which may have contributed to whatever ends up happening to him down the line. It's also safe to assume that whatever comes to pass, Jack will end up blaming himself for what happens. He puts so much responsibility on his shoulders and believes strongly that it's his job as a big brother to project Nicky no matter what. So if he dies, Jack is sure to be full of guilt (even though it's completely unwarranted).

Regardless of how it happens, Nicky's death is definitely on the horizon and fans should prepare themselves accordingly. And maybe hug your own siblings a little tighter when it does.