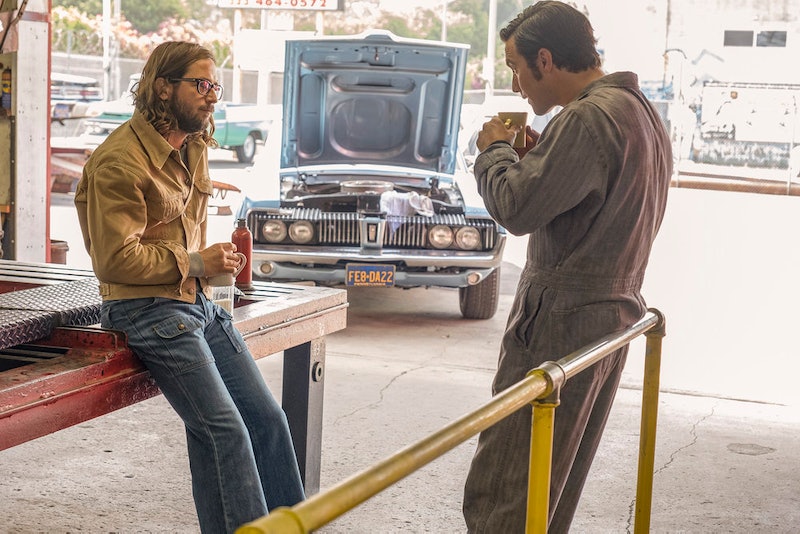 Longtime viewers and fans of This Is Us have known since the beginning that Jack Pearson was a Vietnam veteran. Though he claimed he was just a “mechanic” after he enlisted, it was obvious that there was a lot more to the story. Now, in Season 3, we’re finally getting a glimpse into why Jack blocked out so much of his Vietnam tale, and — unsurprisingly — it has a lot to do with his family, specifically, his brother, Nicky. It turns out that Jack went into the military with the intention of saving his brother, Nicky, who received an Article 15 while in Vietnam. (An Article 15 is a form of punishment in the military.)

Jack and Nicky have a relationship similar to many siblings — Jack is the older brother, and he is the protector, and Nicky is the younger brother, who takes guidance from his brother but is ultimately seen as the screw up or the baby. Though both Jack and Nicky were of age for the draft when the Vietnam War rolled around, Jack was ineligible for combat because of a slight heart arrhythmia. Nicky is able-bodied and ready, or as ready as he’ll ever be, to fight the Viet Cong. When Nicky’s number is called (the draft numbers went by birthdays and then other numbered groups), Jack tries to get his brother to flee to Canada so he doesn’t have to fight, but Nicky ultimately goes anyway.

Jack, of course, feels guilty, but he just hopes for his brother’s safe return… until Nicky sends a letter home saying that he got an “Article 15,” which for the army, means big trouble. According to an article from Vandenberg Air Force Base, an Article 15 warning “is more severe than a letter of reprimand and less severe than a court-martial. Unlike a letter of counseling, letter of admonishment, or letter of reprimand (which are administrative in nature), an Article 15 can have much more severe consequences because it is considered punitive.”

That means that if you get one of these, you can get things like extra duty, a hard reprimand, and even a demotion in your rank, which is what happened to Nicky. In his letter, Nicky said that he got an Article 15 because he put himself and his fellow soldiers in danger. Exactly what he did viewers aren’t privy to, but he’s at the end of his rope. He’s obviously discouraged.

Jack knows enough to know that an Article 15 is serious enough, and so, he follows his brother to the war and eventually finds him on the other side of the world. And boy, is it hard to tell if Nicky is happy to see Jack or not. We know that Nicky dies in the Vietnam War, though not yet of the circumstances that led to his death, but it’s obvious that Jack’s feeling responsible for everyone around him started way before he had his triplets.

Jack’s martyr complex is real, and in some ways, it’s a good thing. Here, though, Jack is setting himself up for heartbreak. Nicky has a gut feeling that he will die in Vietnam, and as much as Jack wants to get through to his little brother, Nicky’s nihilistic attitude may bring them both down, killing Nicky and scarring Jack for a lifetime on This Is Us.

More like this
Everything To Know About 'RHONY' Season 14
By Jake Viswanath, Alyssa Lapid and Brad Witter
The 2023 Super Bowl Commercials Feature A 'Breaking Bad' Reunion & Missy Elliott
By Alyssa Lapid
Netflix Shut Down 'Bridgerton' S3 Rumours About A “Very Dark” Storyline
By Bustle
Turns Out George Clooney Is A Huge Fan Of This Classic British Game Show
By El Hunt
Get Even More From Bustle — Sign Up For The Newsletter
From hair trends to relationship advice, our daily newsletter has everything you need to sound like a person who’s on TikTok, even if you aren’t.