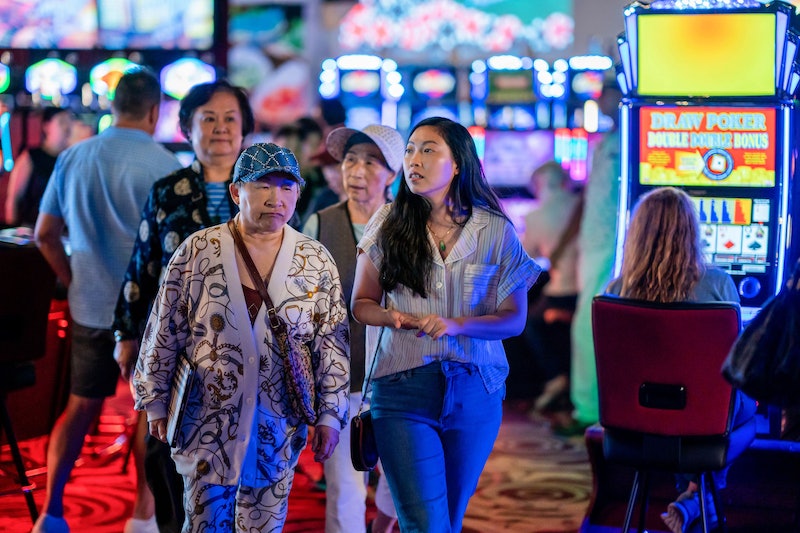 Nora From Queens is a comedy inspired by the life of Nora Lum, aka Golden Globe-winning actor Awkwafina. Featuring the talents of BD Wong, Lori Tan Chinn, and Bowen Yang as Nora's quirky family, the show won over the executives before Season 1 even premiered. At the Jan. 14 TCA Winter Press Tour, Comedy Central announced that Nora From Queens will return for a Season 2.

“We are in awe of Awkwafina’s creative genius on every level and we could not be more excited to embark on a season two with the entire Lin family in Awkwafina is Nora From Queens,” Sarah Babineau and Jonas Larsen, Co-Heads of Original Content at Comedy Central, told journalists at TCA.

Per a Comedy Central press release, Nora From Queens' Jan. 22 premiere was Comedy Central’s best primetime series launch in more than three years, bringing in over 818,000 viewers. The show has since amassed 3.8 million total viewers, which includes replays, streaming, and premiere simulcasts on a total of seven different Viacom networks. Unsurprisingly, Nora From Queens is most popular among young women and Asian American audiences.

"Nora is where a lot of us find ourselves in our 20s," Lum explained to The New York Times in January. "What’s next? Do you find success and suddenly it fixes everything? No, life is an open-ended question."

Lum said that young people want to see nuanced portrayals of themselves on screen. "This goes beyond Asian-Americans. There’s a generation that demands to see themselves represented in some way in their culture," she said.

Executive producer Teresa Hsiao told Entertainment Weekly that protagonist Nora Lin's family is true to Lum's own life, in all their supportive, emotional, and sometimes explicitly TMI glory. They're as wacky as other sitcom characters we've seen essentially, with the only major difference being that they just happen to be Asian American. "We were just like, 'let’s push it as much as we can',” Hsaio said. “A lot of people get to do comedy and they just get to be crazy and wild and weird. And we wanted to have that as well.”

Ultimately, Hsiao sees Nora From Queens as an opportunity to expand people's perceptions of the kind of characters that Asian American actors can play — an ethos that will undoubtedly carry into Season 2. “Especially in the Asian-American culture, I suppose, there are things that you don’t talk about with your parents or things that you don’t talk about — like, sex is a really taboo subject,” she explained to Entertainment Weekly. “We had such great actors, and they were all really excited. They’re like, ‘We’re playing against type.’ … It’s never been written for them before, to play these other roles."